Home / News / National / No tax credit for you: Elizabeth Warren on taxpayers who donate to schools with Biblical views of sexuality 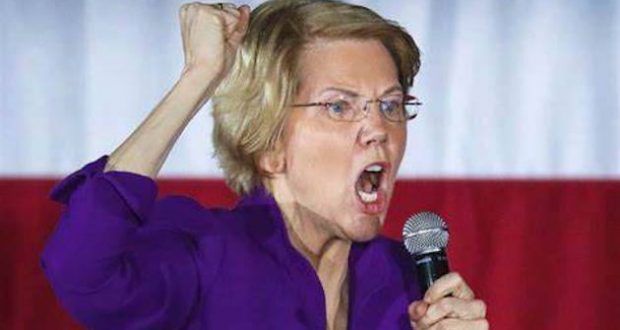 No tax credit for you: Elizabeth Warren on taxpayers who donate to schools with Biblical views of sexuality

Senator Elizabeth Warren is eliciting concern from religious freedom experts after she came out against any tax deductions for taxpayers who donate to private schools, especially if those schools have a biblically-based view of sexuality. The Democrat presidential candidate tweeted this week that “states should focus on funding public schools, not private ones – especially not ones that maintain anti-LGBTQ+ policies. We must ensure that every kid – especially LGBTQ+ kids – can get a high-quality education.”

CNS News reports that along with her tweet, Warren included an article from The Huffington Post that raises concern about a current Supreme Court case (Espinoza v. Montana Department of Revenue) involving tax credits given to taxpayers – both individuals and corporations – who donate to private schools and scholarships.

The Huffington Post describes “public funding” as private donations that are eligible for a tax credit.

The HuffPo article takes private religious schools to task, saying they “actively discriminate against LGBTQ staff and employees.” The article goes on to cite sections from school handbooks it finds concerning, statements that affirm Biblical views of marriage and sexuality like “‘God created marriage to be exclusively the union of one man and one woman,’ and ‘students and campus visitors must use restrooms, locker rooms, and changing facilities conforming with their biological sex.'”

The Warren campaign has ignored requests for clarification as to whether Christian schools have a right to hire staff and uphold standards for their students true to their deeply-held beliefs even if they run counter to the LGBTQ+ agenda.

Senator Warren is not the first of the Democratic presidential candidates to express disdain, and even outrage, at those who hold Christian views.

“Do you find Iranians’ variant of Shia extremism to be more dangerous to the world than the Sunni variant that we see in the Taliban and perhaps in Hamas and some of the more radical elements of Wahhabism?” Hewitt asked.

“Well, you know, not unlike Christianity when it is motivating someone to do something extreme,” Buttigieg responded, “it can have a thousand different flavors.”

On the campaign trail, Buttigieg, who calls himself a Christian, touts his homosexuality and his marriage to a man. He has blasted Vice President Mike Pence’s cultural and religious conservatism, saying “He’s nice…but he’s also fanatical.”

Last summer, former Vice-President Joe Biden told the LGBTQ advocacy group Human Rights Campaign that the Equality Act would be his top legislative priority. The Equality Act would enshrine LGBTQ protections into the nation’s labor and civil rights laws, but critics warn it would result in slashing constitutional protections for Christians and other religious believers.

As has been previously reported, those opposing the Equality Act say it would force religious believers to violate their faith or conscience if they complied, with far-reaching repercussions like forcing faith-based adoption and foster agencies to place children with same-sex couples; requiring Christian florists and bakers to fill orders for same-sex weddings, even if they believe it is wrong; forcing doctors to perform sex-change surgeries against their consciences, and prescribe drugs to block normal growth in children confused about their gender. But as one Democratic lawmaker said in support of the bill, “We cannot allow claims of religious freedom to be used to discriminate against an LGBT individual.”