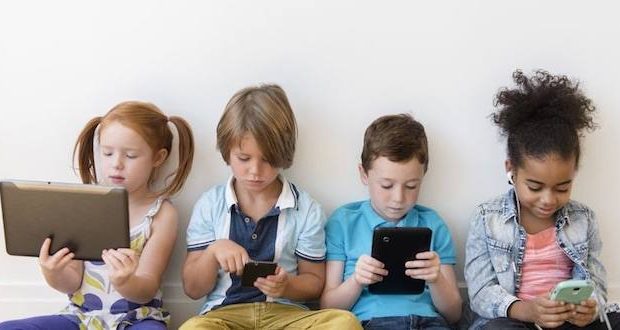 One in seven kids online contacted by predators

Almost 1,700 suspected child sex predators were arrested by Law enforcement officers across the United States during April and May, the Department of Justice announced June 11.

Specialized Internet Crimes Against Children (ICAC) task forces in all 50 states identified 357 child victims who were either sexually abused or exploited for the production of child pornography.

An eponymous operation executed in 2018 netted 2,300 child sex predator suspects. The effort is part of the historic partnership between the Trump administration and local law enforcement that, for the first time, has made the issue a priority in the White House.

If current arrest rates continue, 2019 may set a record for suspects taken off the streets.

“The sexual abuse of children is repugnant, and it victimizes the most innocent and vulnerable of all,” Attorney General William Barr said in a statement. “We must bring the full force of the law against sexual predators, and with the help of our Internet Crimes Against Children program, we will.”

Since its launch in 1998, the ICAC Task Force Program carried out the arrests of more than 95,500 suspected child sex predators and reviewed 922,000 complaints. Operation Broken Heart targets child pornography producers, predators who entice children into sex acts online, child sex traffickers, and suspects who travel across state lines and to other countries to sexually abuse children.

This year, ICAC reviewed more than 18,500 complaints. The program also provides training sessions to children across the country. These internet safety courses reached more than 200,000 children in April and May.

One in seven children who use the internet receives unwanted sexual solicitations, according to the New York ICAC. Online predators often pose as children to trick child victims into trusting them. The predators exploit the trust to get the children to produce sexually explicit material. The children who fall prey to the scheme are then often extorted with the threat that their photographs would be sent to their family and friends.

“As society becomes more advanced, so do the predators,” said Principal Associate Deputy Attorney General Edward O’Callaghan, during a June 11 conference in Atlanta.

“No longer do they merely lurk around the playground or the schoolyard. Instead, these deviants use advanced technologies to facilitate their crimes, targeting children in online chat rooms and videogame lobbies,” O’Callaghan said.

“In fact, just last month, a California man was sentenced to 14 years in prison for sexually exploiting a minor he met while playing ‘Clash of Clans,’ an online video game that any child can easily access through a mobile device or tablet,” he added.

Child sex predators are increasingly using sophisticated technology to encrypt their communications and conceal their whereabouts. Hundreds of thousands of predators use the anonymous Tor browser to flock to websites on the darknet dedicated to child sex exploitation.

Online child sex abuse and the production of child pornography are skyrocketing. Reports of online child sexual abuse and exploitation tracked by the National Center for Missing and Exploited Children grew tenfold from 2013 to 2017. The number of identified child victims grew fivefold between 2010 and 2017, to 15,000 from roughly 3,000 sexually abused children.

Barr issued guidance to the Justice Department to pursue maximum sentences in child sex exploitation cases, according to O’Callaghan.

“For example, last month a Nebraska man was sentenced to 35 years in prison, followed by a lifetime term of supervised release for filming himself engaged in forcible, sexual acts with a non-communicative minor,” O’Callaghan said. “He represents just one of the many vile criminals that the Department will work hard to remove from society for as long as legally possible.”