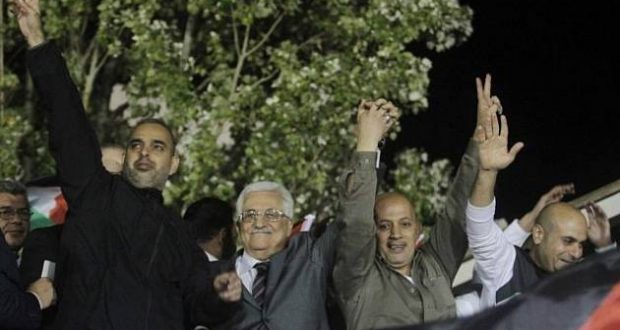 The Palestinian Authority is doubling down on its commitment to terrorist pay for those who kill Jews or commit any other act of terrorism against Israeli civilians. Palestinian Authority President Mahmoud Abbas says he remains committed to conquering Jerusalem and destroying every Jewish home built in the nation.

The comments come as Israeli authorities continue the search for the killers of a 17-year-old Jewish girl who died after a boobytrapped bomb exploded as she and her father hiked a popular trail outside their community.

Speaking at the Jalazone Camp just days before Rina Schnerb was killed, Abbas called for the destruction of the Jewish state and said one day millions of Palestinian “martyrs” will join with Muslims and “Christians” to overrun Jerusalem.

DONATE: Do you enjoy independent news without the filter of the national media? Help us provide more new just like this! Click here for info.

“If they want, they themselves can leave,” he said, referring to the Jews. “Those who are foreign to this land have no right to it. So we say to them: ‘Every stone you have  [used]  to build on our land, and every house you have built on our land, is bound to be destroyed, Allah willing.'”

“We will not allow them to deduct a single penny from their money. All the money will go back to them, because the martyrs, the wounded, and the prisoners are the most sacred things we have,” he said. 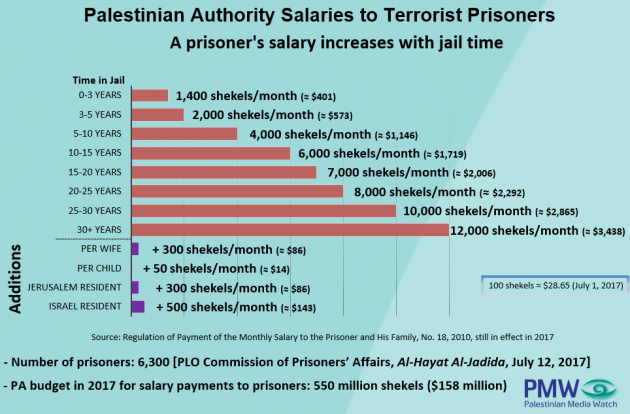 “The law that imposes monetary sanctions on the PA because of its payments to terrorists is one of the most important laws passed in Israel in recent years, because it sends a clear message to the Palestinian Authority that Israel will by no means accept its support for terrorism,” PMW director Itamar Marcus told The Jerusalem Post.

The United States has also taken steps to punish the PA for pay-to-slay. US lawmakers passed the Taylor Force Act, which cuts US aid until the PA stops rewarding terrorists and their families.