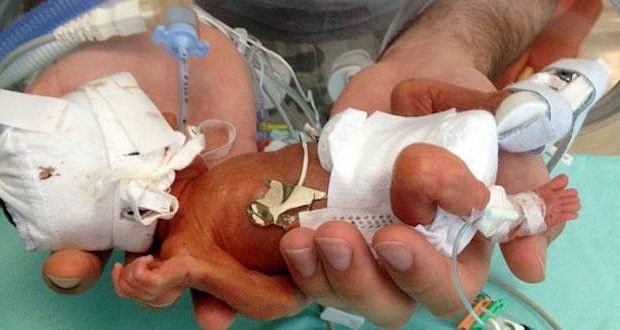 After Nancy Pelosi and House Democrats voted against it 80 times, a bill to protect babies that have survived an abortion is again being put forth by pro-life legislators. A petition has been offered by pro-life members of Congress to force a vote.

The Born-alive Abortion Survivors Protection Act requires that necessary medical care be given to any baby who is born alive and survives an abortion procedure. Because the child would most likely be suffering from the techniques used in abortion, criminal charges would result if health care providers ignore or do not provide medical care to ease suffering or save the child.

The bill has previously been blocked by Speaker Pelosi and Democrats a whopping 80 times. Democrats argue that the legislation “unnecessarily restricts doctors from making case-by-case decisions about what is best for infants and mothers.”

But Republicans have now been joined by three Democrats who have presented a discharge petition which has been signed by 204 legislators – only 14 signatures shy of the 218 vote requirement. The petition could force another vote on abortion and what happens to the babies that survive it.

Rep. Jeff Van Drew (R-NJ) signed the petition on Jan. 7 – his first legislative act since he officially left the Democrats to join the Republican party in December.

Liberty Counsel Action Chairman Mat Staver said, “Rep. Van Drew’s signature on the discharge petition is a great victory for saving precious children who survive abortions. Our supporters have been working tirelessly to encourage Rep. Van Drew and others to sign the discharge petition to bring the ‘Born-Alive Abortion Survivors Protection Act’ to the floor for a vote.”

“I thank Rep. Van Drew for signing this petition. We are getting closer to having enough votes to bypass Nancy Pelosi to stop infanticide. Our work is not over until this bill is signed into law.”

Jason Yates, CEO of My Faith Votes is urging Americans across the nation to take a stand and encourage more members of Congress to sign the petition.

My Faith Votes is a non-profit, non-partisan organization that motivates Christians and Americans to protect the sanctity of life.

Previous: The offer of a new life to begin a new year
Next: Guatemala to get $1 billion investment to improve economy, security