Home / Lifestyles / Poll shows social media being used to share faith, plus tips for when you do 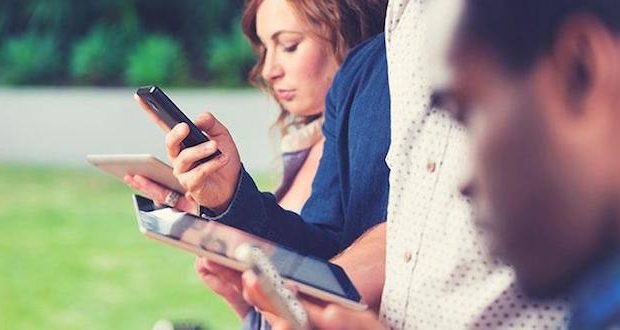 Poll shows social media being used to share faith, plus tips for when you do

Are Christians using social media to reach neighbors, friends and family as effectively as they can?

A new study shows just three in 10 Christians have shared their faith with non-believing friends and acquaintances on social media, according to a report by the Barna Group.

As part of a new report released with Lutheran Hour Ministries, Barna surveyed American adults to gauge how they discuss faith online.

“Through posts, comments and profiles, many Christians believe that technology and digital interactions have made evangelism easier,” noted Barna in a statement released Tuesday. Spreading the good news may be as simple as sharing an encouraging faith story from Metro Voice to your Facebook timeline or Instagram account but there are still doubters.

“Still, spiritual conversations are fraught in a digital age, and younger generations are among the most cautious about engaging.”

Data for the report was drawn from a sample of 1,714 adults in the United States, conducted online between June 22–July 13, 2017, with a margin of error of plus or minus 2.2 percent.

The Barna report results released this month were part of a 96-page report titled “Spiritual Conversations in the Digital Age.”

“Technology and rapid cultural shifts may have altered the face of evangelism, but the Great Commission remains. This new report tracks what has changed so that leaders can coach Christians to be effective in sharing the unchanging Good News,” explained Barna.

In recent years, many church and parachurch organizations have looked more to using the Internet for evangelism, especially as social media becomes an increasing presence in people’s lives.

Tony Whittaker, Internet Evangelism Day coordinator in the United Kingdom said that there was great importance to social media, believing that the venue offered new opportunities for witness.

“Until relatively recently, if someone wanted to be involved in online evangelism, it had to be a fairly intentional activity, i.e. writing a website or blog,” explained Whittaker.

“But with social media, anyone can do it. You don’t need writing or technical gifts. The three-fold cord of Facebook (or Twitter) with YouTube video shorts and mobile phones is a powerful mix.”

New stories report that The Church of England’s digital communications team is effectively reaching the unchurched through social media.

Adrian Harris, head of the digital team at the Church of England, says that sites like A Church Near You and the official Church of England website get 35 million views per year, with traffic going up 50 percent last year compared to the year before.

“One of the things we’ve seen particularly in my area is on events like Christmas, and the key moments of the Christian year — we are reaching those younger demographics,” he said, speaking about the success of social media outreach.

“For example, half of the people who we engage with on Instagram are under the age of 34. On our main website, 17 percent of our audience comes from the 25–to–34 group,” Harris said.

Christmas campaigns, such as #GodWithUs, have reached 6.8 million people on social media, and the success of that has been down to research targeting specific content at particular groups of people.

The hashtag campaign outlined three specific objectives: Sharing a Christian message with the public; encouraging people to attend their local church in December; and ensuring that as many people as possible took the “Your Christmas Journey” reflections, which are 13 short reflections designed to explore the message of Christmas readings.

Some tips from Metro Voice on sharing your faith:

Do always include a photo with your post. It can be a fun photo pulled from the web, a photo of yourself or some other image. Photos cause the viewer to slow down or stop as they are scrolling down their Facebook or Instagram page. People are intereted in your photos, not necessarily what you have to say. Without a photo they probably won’t read it. 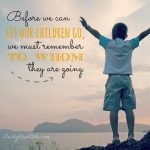 People on mountains with arms raised are cliche.

Memes are great! They combine a photo and simple line of text–often a Bible verse. You can even create them using your phone. Just find a Bible verse you want to share and, using your edit capabilities on your phone or Ipad, type it in as text over a photo of anything. If you’ve noticed Christian memes, you know sunsets and people standing on mountains with their arms are outstretched are popular. That brings us to the next tip: So…don’t be cliché.

Don’t be windy. Just a couple of short sentences is all you need. Most people, even Christians, aren’t in the mood to read a book on their phone. Avoid republishing Leviticus if you can. Remember, most social media is accessed via a smart phone.

Don’t argue with people when they respond negatively. Send a private message and don’t be condescending. They may be arguing out of a position of ignorance, pain, guilt or hurt. Reply with love and understanding.

Do be personal. Share how your faith has helped you navigate a particularly tough time in your life. People can’t argue with your personal experience. It’s YOUR experience. You own it.

Do remember: your goal is not to bring them to a decision in the faith with your single post, but to plant the seeds of faith. God will use your post and the countless posts of others plus other experiences in a magnificent ballet of events that will usher that person to a point of decision.

Previous: Netflix’s ‘The Toys That Made Us’ tops July’s streaming entries
Next: Hawley challenges McCaskill to debate