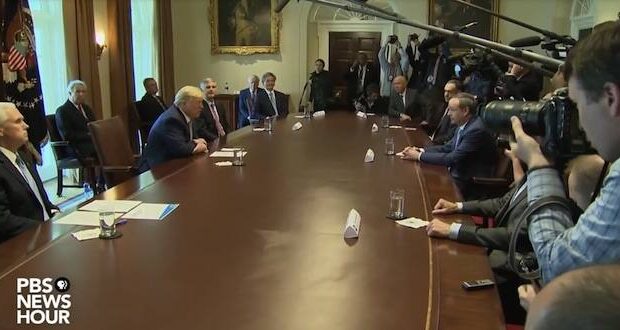 Although it was overshadowed by coronavirus news and the Democrat primaries, President Donald Trump secured the Republican presidential nomination on Tuesday. He won both the Florida and Illinois primary elections.

In a statement, Trump campaign spokesman Tim Murtaugh told The Associated Press that the president was attracting “intense” support ad record-breaking turnout, even though the primary contests were effectively symbolic.

According to The New York Post, Trump had secured 1,141 of the 1,142 delegates up for grabs before the Tuesday contest for the nomination in Florida and other states took place. The delegate that Trump didn’t win was from the Iowa caucus and went to former Gov. Bill Weld of Massachusetts, the vice-presidential nominee for the 2016 Libertarian Party ticket, who has not yet dropped out of the 2020 Republican primary.

Although the coronavirus epidemic has made it impossible for him to hold his traditional rallies, Murtaugh said that the Trump campaign is prepared to run an effective virtual campaign, PBS reported. “The amount of work that we can do digitally and virtually can’t be matched by the other side,” Murtaugh told the news agency.

Campaign Manager Brad Parscale tweeted out a victory message after the results of the primaries were announced, particularly emphasizing the president’s victory in the swing state of Florida, where Trump officially declared residency last October.

“Congratulations to [Donald Trump] – the presumptive 2020 Republican nominee for President,” Parscale said. “His home state of Florida put him over the top in delegates. Record vote totals, unprecedented enthusiasm & a unified GOP!”