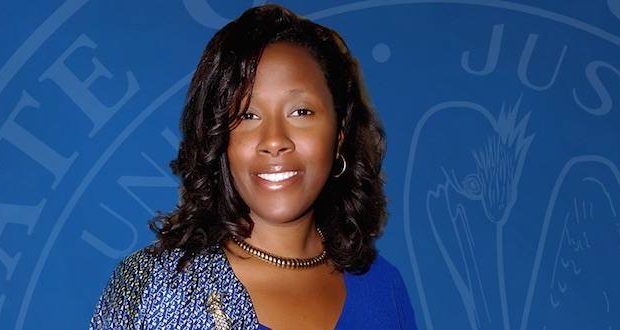 Katrina Jackson is running as a pro-life Democrat.

A state lawmaker from Louisiana is ignoring the official position of the Democrat Party Platform that seeks to guarantee abortions at any time, for any reason, and virtually – for any age.  Democrat Katrina Jackson is taking a strong pro-life stance despite her party’s support for abortion and defying political labels.

“It’s as simple as this for me,” Jackson said. “God hates the shedding of innocent blood, and so I always said that whatever God hated, Katrina Jackson was going to hate, too. This is not a political issue for me, it was not based on a party, it was based on my Christianity.”

Jackson made her remarks as part of a panel of female legislators at last week’s Values Summit in Washington, D.C.

READ: Teen Vogue showing kids how to get abortions

“When I am talking to people who don’t understand that or who don’t identify with the sovereign God that we serve, I tell them all the time ‘well, someone chose you,’” Jackson said. “If you were born after Roe v. Wade, someone chose you. And would you have not wanted us to fight for you?”

Jackson also spoke about the need for churches to be more vocal against abortion, explaining that she and others are reaching out to churches to support pro-life advocacy.

“We are reaching out to our pastors and advocating, and now they are talking about it,” she said.. “So imagine if that pro-choice person had been sitting in a church since they were 1 and 2 years old and hearing that God hated abortion.

“I don’t care what party or what race, what religious affiliation, if they had heard that, a party or a political machine would have never been able to convince them that abortion was right.”

Jackson says she’s not “distracted” by national Democrats and their support for abortion rights.

The state representative also expressed hope that Roe v. Wade would be overturned in the future.

“Looking at the overall scope of Roe v. Wade, I believe it is as we see more appointments to the Supreme Court it will be in jeopardy. I believe in 1973, when it was decided it was the wrong decision,” Jackson said.

Louisiana Gov. John Bel Edwards, another Democrat defying labels, signed a bill in May banning abortions in the state after a fetal heartbeat is detected.

Previous: Jail – when only a miracle will do
Next: Buttigieg pushes back against O’Rourke’s plan to punish churches