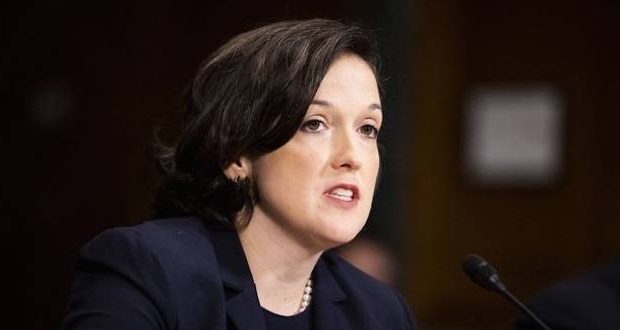 The U.S. Senate confirmed a pro-life lawyer, Sarah E. Pitlyk, to a lifetime appointment as a federal judge in the Eastern District of Missouri.

Nominated to the district court in August, Pitlyk was confirmed by a 49-44 vote. All who voted in support of Pitlyk were Republicans. Among the votes against Pitlyk were 42 Democrats, one Republican, and one Independent. Seven senators did not vote.

She will fill the role left by U.S. District Judge Catherine Perry, who assumed senior status—a form of semi-retirement in which judges can take a reduced caseload—on Dec. 31, 2018.

Sen. Josh Hawley (R-Mo.), who had recommended Pitlyk to Trump to nominate her, praised the new judge on her confirmation.

“Sarah’s strong legal experience, sharp intellect, and commitment to the rule of law make her an outstanding choice for the Eastern District,” he wrote in a statement. “I am confident that she will serve the people of Missouri as a principled and fair judge for decades to come.”

Pitlyk was a special counsel to the Thomas More Society, a Chicago-based law firm that describes itself as a “not-for-profit, national public interest law firm dedicated to restoring respect in law for life, family, and religious liberty.”

“Sarah Pitlyk will be a fair and wise federal judge who will bring honor and distinction to the federal judiciary and make the president who nominated her and the Senate that confirmed her proud,” Bath said in the statement, adding that she had “done terrific legal work over the years on some of the Thomas More Society’s biggest cases.”

Pitlyk had also previously served as a law clerk for U.S. Supreme Court Justice Brett Kavanaugh in 2010-2011, when Kavanaugh was the Circuit Judge of the United States Court of Appeals for the District of Columbia Circuit.

In 2018, she defended Kavanaugh during his nomination proceedings when he faced unsubstantiated sexual misconduct allegations, by appearing on CNN to speak out in his defense and by being a signatory alongside other law clerks to Kavanaugh in a 2018 letter (pdf) addressed to the Senate.

Planned Parenthood, the largest abortion provider in the United States, used the word “appalling” to comment on news of Pitlyk’s confirmation.

“Missourians already have to navigate an impossible landscape just to access abortion. Sarah Pitlyk’s confirmation to a lifetime federal judgeship now puts their health and rights in even greater jeopardy. Appalling,” the abortion provider said in a statement cited by commondreams.org on Wednesday.

In October, the nation’s largest abortion provider called Pitlyk “extreme and unfit to judge” in a blog post published on its website, where it cited multiple instances when Pitlyk supported pro-life causes.

“She’s even directed her anti-abortion ideology and extremism against Planned Parenthood,” the abortion provider wrote, referencing Pitlyk’s involvement in her time at the Thomas More Society in the defense team that represented David Daleiden, head of the Center for Medical Progress (CMP), in Planned Parenthood’s lawsuit against him.

Daleiden’s undercover videos, first released in 2015, had sparked a congressional investigation into Planned Parenthood’s involvement in illegal fetal tissue trafficking. A federal jury in San Francisco ruled in November that CMP had caused Planned Parenthood “substantial harm,” and CMP has been ordered to pay $870,000 to Planned Parenthood in damages. The judge, however did not rule that the videos were false, only that their release caused harm.

The American Bar Association (ABA), a voluntary bar association of lawyers and law students, had said that Pitlyk was “not qualified” for the federal district judge appointment, according to a letter (pdf) addressed in September to the Senate Judiciary Committee.

Sen. Susan Collins (R-Maine), the only Republican who voted against Pitlyk’s nomination, had expressed doubts about Pitlyk’s experience.

“After a careful review of the Judiciary Committee proceedings and Ms. Pitlyk’s legal practice, I have concluded that she does not have sufficient experience to receive a federal district court appointment,” Collins said in a statement cited by lawandcrime.com.

Susan B. Anthony List, the largest pro-life group in the United States, expressed confidence in Pitlyk’s ability to serve in her new role in its statement on Wednesday. Its president, Marjorie Dannenfelser, last month disagreed with the ABA’s “unqualified” determination of Pitlyk.

“With her world-class education, extensive legal expertise, and commitment to fairness and integrity, we are pleased to see Ms. Pitlyk prevail over partisan obstruction. We thank President Trump for choosing another exceptional nominee, as well as Leader McConnell and our Senate allies for their tireless work to get the president’s judges confirmed,” Dannenfelser said following Pitlyk’s confirmation.