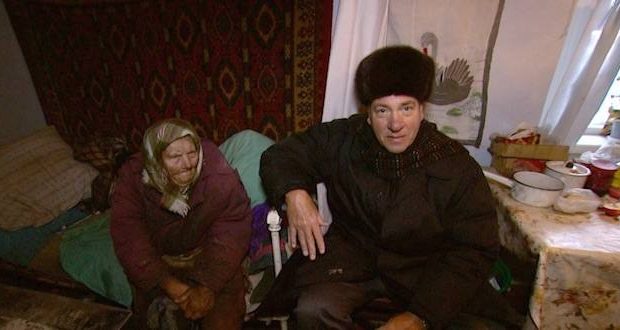 Christians and Jews have lost a good friend and partner who worked tirelesly to support Holocaust survivors in Israel and Russia. Rabbi Yechiel Eckstein, who readers may recognize from late-night TV commercials asking viewers for financial support of Russian Jews, died suddenly Monday at his home in Jerusalem. He was 67.

Inspired by God’s promise in Genesis 12:3 to bless those who bless Israel, Eckstein’s International Fellowship of Christians and Jews (IFCJ) worked for decades to improve relationships between the two faiths and raise more than $1.4 billion for projects in the Holy Land, mostly from evangelical donors.
Watch the commercial so familiar to millions:

Eckstein engaged more than 6,600 US churches, with more than a half-million people, around understanding and advocating for Israel and its people. Because of IFCJ, more than 730,000 Jews moved back to Israel, including Eckstein himself, who moved to Jerusalem in 2002.

“Undeniably through IFCJ, Eckstein has constructed a bridge linking evangelicals, Jews, and Israel,” wrote Christianity Today in a 2009 profile of Eckstein.

“He has been a trailblazer on an uncharted path of showing ways the two faiths can cooperate on behalf of shared biblical concerns. He has brought evangelical and Jewish politicians together in Washington, D.C. He has spoken out against religious persecution abroad and has traveled to China on behalf of imprisoned Christian pastors.”

Eckstein founded IFCJ in 1983 as a small organization with a mostly Jewish donor base. Thanks to his outreach, networking, and inroads with evangelical figures (including a particularly effective 1993 infomercial with Pat Boone), the organization ballooned into the largest source of Christian support for Israel and the Jewish people.

“Jews started to realize that they were friends of Israel, and then the Jewish community by and large became very myopic in their thinking,” Eckstein told The Washington Post last year, as the Trump administration’s pro-Jerusalem policies drew more attention to longstanding evangelical support. “They are good for Israel, they are giving them money for their projects…. For a lot of Jews it was, let’s call it utilitarian.”

The late philanthropist was slated to be honored by the US Congress this May for Jewish American Heritage Month, for his work bringing together Christians and Jews.

As one Israeli politician said in tribute, “A heart that gave and gave and gave stopped working…. May his memory be a source of blessing for all who knew him and were touched by him.”