Home / Faith / Raiders QB Derek Carr: ‘Today is the day to get it right’ with God 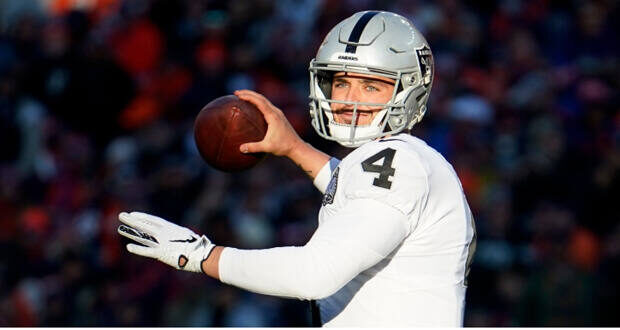 The tragic death of former Lakers star Kobe Bryant, his daughter Gianna, and seven others in January caused people to start thinking about their own mortality. Las Vegas Raiders quarterback Derek Carr took a step further and said now is the time for people to make a decision on their salvation.

Carr spoke recently at Brave Church near Oakland, Calif., and, after sharing a bit about his relationship with Bryant and what he meant to him, he urged the congregation to not ignore the promise of salvation that’s been presented to them.

Carr has been open about his relationship with Bryant, who he said reached out to him when he suffered an ankle injury in his rookie season.

He credited his own work ethic to the example Kobe set and called him his “favorite athlete of all time.”

After speaking about Bryant’s accomplishments, Carr shifted his focus to the fragility of life and the need for salvation.

“As the time went on, I began to think: all those championships, all those points, all that time in the gym, all those kind of things, that’s what he was called to do. He was called to do all those things,” Carr said. “But in that moment, in a split second, none of that mattered because he’s face-to-face with the King of Kings and Lord of Lords.”

Carr said it was in that moment that it “really got real” for him.