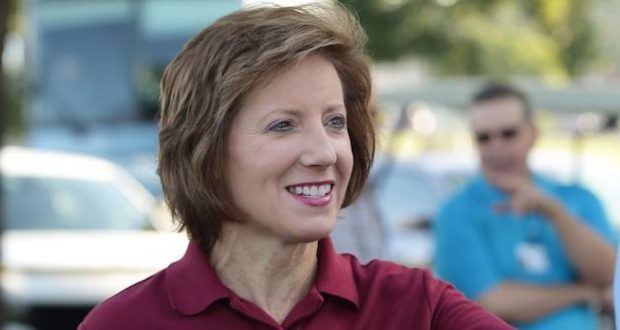 Hartzler, a popular Republican whose district encompasses a large rural swath plus the southern suburbs of Kansas City, says it makes sense to join forces with state lawmakers, since they both serve the same constituents.

“And I feel so honored that so many of our state reps and senators from the Fourth District came to spend a little time discussing issues that impact both at the federal level and state levels,” Hartzler says.

More than a dozen state lawmakers from across the sprawling Fourth Congressional District met this week in Jefferson City with the Congresswoman. She says numerous topics were discussed during the “Working Together for Missouri Summit.”

“Such as the opioid crisis, the need for rural broadband, need for affordable, accessible health care, transportation, infrastructure,” says Hartzler.

Parson has also proposed a $350 million infrastructure plan, aimed at repairing or replacing 250 bridges across the state. The state Department of Transportation (MoDOT) says more than 900 Missouri bridges are in poor condition.

“Because 90 percent of the heroin that is ending up in our districts and people are overdosing and dying, is coming across the southern border,” Hartzler says.

She spoke of recent polling which found an overwhelming majority of her constituents favor the wall.

Hartzler says 70,000 Americans died from drug overdoses in 2017 and adds that Congress has approved $10 billion in funding for states to fight the opioid epidemic.