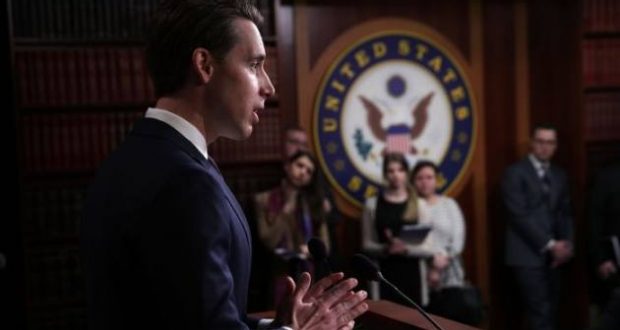 The legislation titled the “Protect Our Universities Act of 2019” was introduced in the Senate and will also be submitted as a Senate amendment to the FY 2020 National Defense Authorization Act which is presently going through markups in the House and Senate.

Hawley’s legislation comes after Rep. Jim Banks (R-Ind.) introduced a similar bill in the House months ago. Bank’s legislation establishes a Department of Education-led interagency task force to address the vulnerabilities currently present on college campuses across the nation.

The new act, meanwhile, designates a task force led by the Department of Homeland Security which will conduct background screenings on research students from foreign nations if they want to participate in “sensitive research projects.” The legislation also prohibits sensitive research projects from using technologies developed by companies like “Huawei, ZTE, Kaspersky, and others.”

“America’s universities cultivate the free and open exchange of ideas and information, all with the intent of making the world a better place. Unfortunately, they are also key targets of espionage and intellectual property theft by not only China but Russia and Iran,” Hawley said in a statement.

Hawley said that foreign countries have for “too long” collected sensitive research from U.S. universities through the students they send to study in the United States. He said the collected information could be later used by the countries to develop capabilities that would “threaten our national security.”

“Our scientific exchange must not be exploited to advance the destructive agendas of Beijing, Moscow, or Tehran,” he continued.

In a June 18 statement, Banks thanked Hawley for joining him in his initiative and noted how President Donald Trump’s executive order effectively banning Huawei products “was a great step forward” but that there was more to be done.

“We cannot afford to ignore this threat any longer,” he said.

There are multiple reports on the growing influence of espionage on U.S. college campuses “especially from China.”

“There was a recent report that said that the Confucius Institutes on 100 different college campuses in America had received over $158 million of funding,” he said. “And we know that there is a concerted effort, by China especially, to target those colleges that also perform sensitive research.”

Some college campuses host sensitive research funded by the Department of Defense, the intelligence community, and other intelligence agencies.

Scientific research is “particularly vulnerable,” for foreign espionage and IP theft, said the press release for Hawley’s act. It noted that some universities have started to take more action to protect their information such as MIT, who recently announced it would end partnerships with Huawei and ZTE. But the release noted that many universities still remain a target and have had a slow response to the issue.

The new legislation will also aim to “minimize disruption” to research activities at U.S. colleges and to make sure that such institutions can “petition findings and contest outcomes of the screening process.

Previous: ‘Hallelujah to the Lord,’ sing students to Chinese police
Next: Armed citizens take down inmate who shot Missouri officer