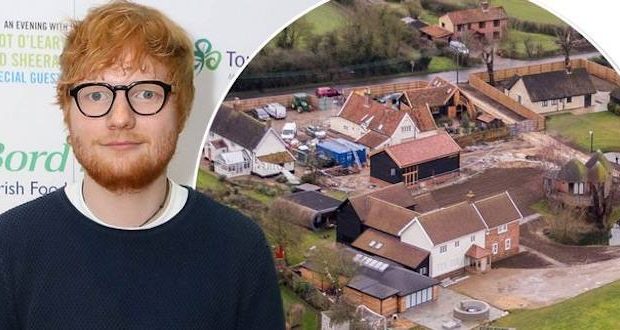 Singer Ed Sheeran is beginning to be more public with his faith. The four-time Grammy winner is seeking to build a place of multi-faith worship on his estate in Framingham, England.

The space would to be a retreat for contemplation and prayer within the grounds of his $4.5 million estate. The two-story building would feature stained glass windows and a tower. Plans have been submitted to the local council for approval.

“It would address an important need for a private place of retreat,” a design and access statement prepared by his architects said. Along with a refuge for prayer, the “Thinking Out Loud” singer wants the sanctuary to be used for “celebration of key life and family milestones, family and social gatherings, marriages, christenings and so forth.”

VIDEO: Beckah Shae remixes Sheeran’s hit “Shape of You” as a Christian song

Sheeran said he frequently hosts guests and visiting colleagues from around the world, many of whom practice other faiths. “Thus, the applicant seeks to provide a space in which, he, his family and these different people can retreat for contemplation, prayer and relaxation, to meet celebrate and meditate in peace and safety from disturbance,” the architectural firm added.

Sheeran initially had plans to build a chapel within his property boundaries in Suffolk but it was rejected and the building is now described in the application as “sculptural and unusual, special” and “boat-shaped.” According to U.K. news outlets, documents submitted to the local council explain that the building would be facing east so worshipers can see the sun rise, which is “relevant both in the Abrahamic and oriental traditions.”

It’s unclear what the singer’s religious beliefs are. Last year, he spoke out against a religious pro-life campaign that used his song “Small Bump” to support Ireland’s Eighth Amendment that protects the unborn, saying that their cause “does not reflect what the song is about.”