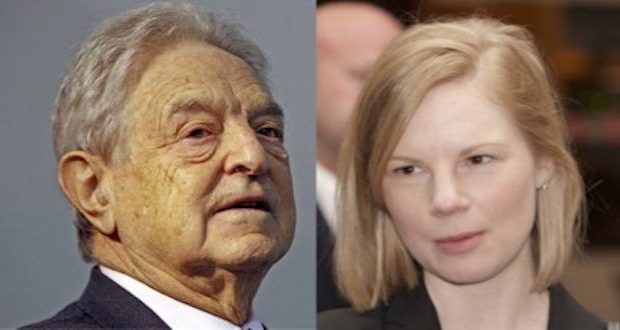 State Auditor Nicole Galloway is running for Missouri Governor in the 2020 election. The liberal Democrat has filed paperwork with the Missouri Ethics Commission to begin the campaign. Galloway has not yet made a formal announcement but it is expected any day.

She was groomed for elective political office when first appointed to her position in 2015 by former Governor and fellow Democrat Jay Nixon. Galloway, who was funded by Planned Parenthood, won a four-year term as auditor in November 2018.

Galloway is perhaps best known for overseeing the process approved by voters which allows her to choose demographers who will redistrict the state after the 2020 Census. The George Soros-funded Clean Missouri Initiative  was approved by Missouri voters in November 2018.

The Amendment to the Constitution remains controversial both for who authored it and its alleged attempt to favor Democrats in a red state.

Amendment 1 was developed by Democratic campaign operatives, most notably Sean Nicholson, who is seen as the chief architect of Clean Missouri.

Nicolson, a longtime Democratic strategist and operative, drew up the language for the amendment and worked with Democrats for its passage. All this while he worked as the Senior Content Strategist and Research Director of GPS Impact, a campaign consulting firm devoted exclusively to support Democratic candidates, like Galloway, and campaign initiatives like Amendment 1.

The initiative was funded almost exclusively by radical liberal billionaire George Soros. Soros’ stated aim is to turn state legislatures that are currently controlled by Republicans into Democrat legislatures.  Soros is pouring millions of dollars into states like Missouri to see it happen with the supposed help of state-wide office holders like Galloway.

At the time of the election, Republicans warned that Galloway’s appointment to the office, and her ultimate victory at the polls, was part of a plan to complete the Soros agenda. As governor, Holloway will have greater control in implementing policies that line up with leftist organizations.

Gov. Mike Parson, a Republican, is expected to make an official announcement soon that he plans to run for the state’s highest office. He has already named Steele Shippy as his campaign manager.

Previous: After 200 years, US Army gets its own museum
Next: British police scold public: don’t insult fugitive on Facebook