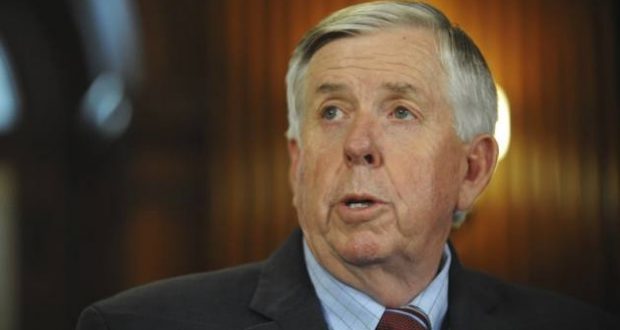 Missouri Gov. Mike Parson recently announced that the state is willing to accept refugees. That position is not sitting well with at least one state senator who sees it as a burden on taxpayers.

Sen., Bob Onder, R-Lake St. Louis, said Parson and other Republican governors have been “guilted” into continuing to accept international refugees to their states. Last September, President Donald Trump issued an executive order requiring states and local governments to submit written consent if they want to continue letting refugees resettle in their communities.

“President Trump expended considerable political capital to give governors the opportunity to choose whether or not the refugee resettlement program is right for their states,” he said. “By governors saying ‘No, we’re going to side with the status quo over our president,’ I think in many cases they did not do what’s best for their states.”

The move to accept additional refugees costs too much social welfare money when the state has more-pressing needs, Onder said.

According to the Federation for Immigration Reform, the cost of resettling one refugee has a tremendous impact on state and federal budgets:

“Refugee resettlement programs, they’re very lucrative for the social service agencies that participate in them, but they impose big costs on the taxpayers of those states –- social welfare costs, costs of multi-lingual education when the refugees don’t speak English,” he said. “We know we’re at a time when we have teachers who are very poorly paid, and we’d like to pay them more. The governor talks all the time about needing more money for transportation infrastructure and workforce development. And law enforcement needs our support — we have record high murder rates in St. Louis and Kansas City.”

READ: Refugees in Kansas seeing shift in those that offer assistance

“We have a backlog of 330,000 asylum seekers that aren’t processed,” he said. “There are approximately one million people around the world waiting to immigrate in an orderly way. Between chain migration, the visa lottery, birthright citizenship, now mass waves of so-called refugees and asylum seekers, we have really disturbed the traditional orderly immigration process, where immigrants who play by the rules have a chance to come and become Americans.”

According to the Federation for Immigration Reform, “Since 1980, the United States has admitted over 3.5 million people seeking refuge.7 We continue to admit refugees at a rate of roughly 50,000 to 100,000 refugees per year8 and 20,000-50,000 political asylees per year.9 Most of this cohort arrives here without financial resources and possessing few marketable job skills. And the American taxpayer is being asked to feed, clothe and shelter them, in addition to funding job training programs.10

Most refugee/asylee resettlement expenditures come in the form of cash assistance, welfare programs and other social services. Federal welfare programs that refugees and asylees can access include the following:

State and local welfare programs that refugees and asylees can apply for include but are not limited to:

Many faith groups in states that accept refugees receive funding for the resettlement and oppose the Trump administration’s restrictions.

Church World Service, the Lutheran Immigration and Refugee Service and HIAS, a Jewish nonprofit, announced they are filing a preliminary injunction motion in a Maryland federal court against Trump’s Sept. 26 order enhancing state and local involvement in refugee resettlement.

The organizations argue that Trump overstepped his authority by giving state and local officials “veto power” on refugee resettlement inside their borders. The nonprofits are represented by the legal group International Refugee Assistance Project.

“Congress has been clear. State and local governments are to be consulted in decisions about where refugees are placed in the United States,” said IRAP senior litigation staff attorney Melissa Keaney.

Previous: How school choice has helped our families: A letter from two charter school parents
Next: Pro-life supporters and abortion opponents have reason to be optimistic