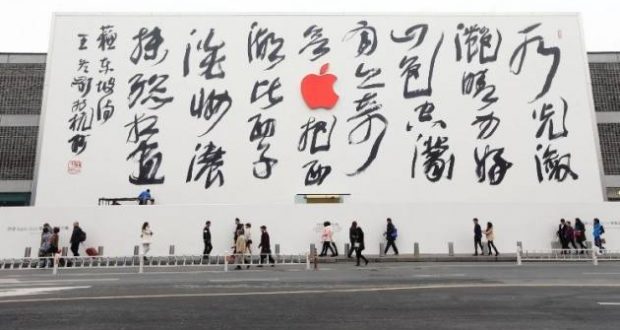 American media scoffed when President Donald Trump suggested American companies would move factories out of China as a result of new tariffs. Now, one of the largest companies in the world is doing just that.

Apple this week has asked its major suppliers, mainly China-based manufacturers to consider moving up to 30% of their production outside of China to avoid higher tariffs imposed on U.S.-bound exports.

The production migration, which analysts say is has already begun, will hurt the tech giant’s profit margin, but also lead to massive job losses in China.

They add that such shifts have also occurred over the past year among other China-based tech suppliers as the Trump administration stands firm and expands tariffs in an effort to secure a more fair trade balance between American competitors to Chinese companies.

Caught in the Crossfire

Tech companies such as Apple, who have abandoned American labor in favor of cheap Chinese labor, are caught in the crossfire of U.S.-China trade frictions and face the threat of heavy punitive taxes on their China-made, U.S.-bound products. Contrary to media reports, those tariffs will substantially hurt China more than the U.S. because China’s economy is based in large part on exports to American consumers.

Earlier this month, U.S. President Trump said he would decide whether to slap Beijing with further tariffs on another US $300 billion worth of Chinese goods after he meets with Chinese President Xi Jinping at G-20 later this week.

Citing anonymous sources, the Nikkei Asian Review reported last week that Apple is planning on production shifts to avert the threat. According to the report, Apple has asked its major iPhone assemblers including Foxconn Technology, Pegatron and Wistron to evaluate the cost of moving their assembly lines, which manufacture U.S.-bound iPhones in China, to other southeastern Asian countries.

Apple has not commented publicly on the report.

Wistron and Foxconn have already made some headway, setting up factories respectively in Bangalore and Chennai, India. But Kao says those moves are more about tapping the Indian market.

Foxconn chairman Terry Guo has also said that should the need arise to adjust production lines, his company already has enough capacity outside of China to meet Apple’s demand in the U.S. market.

Other companies are moving to Indonesia and some back to the U.S.

The biggest and most significant impact is on China’s employment. There have been massive job losses and China is facing a problem of growing unemployment, even though authorities are not spelling it out clearly.

But fewer jobs and lower pay are already being felt by China’s export industries as factories are reportedly downsizing, cutting overtime hours and relocating overseas.