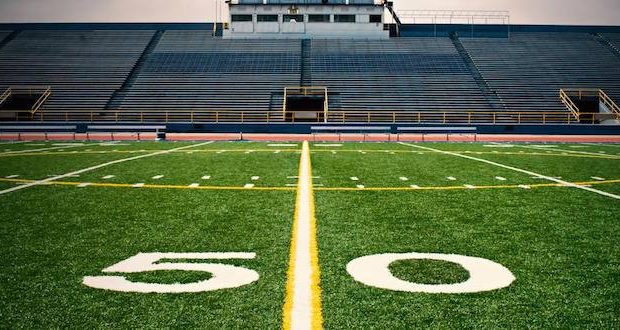 The Fellowship of Christian Athletes (FCA) is on a mission to see the world transformed by Christ through the influence of coaches and athletes.

One way they’re making that happen is by hosting hundreds of summer camps around the world that train students spiritually and athletically. The camps have already begun and more than 113,000 athletes and coaches in 45 states and 41 countries are expected to participate.

“FCA staff is in a unique place to be able to meet with coaches and athletes – meeting them in their sports, helping them at camps get better in their sports,” FCA Director of Ministry Advancement Kellen Cox says.

The athletes and coaches attend the camps to become better players, but also get to hear the gospel while they’re there.

Dozens of athletes and coaches recently responded to the gospel message at a football camp in Georgia.

“In a room full of a thousand plus people where the gospel of Jesus was shared, 46 athletes and coaches gave their lives to Christ,” Cox said.

Last year, several thousand coaches and athletes did the same.

This year’s theme for the sports camp is “strong.” It is based on the Bible verse from 2 Timothy 4:7: “I have fought the good fight, I have finished the race, and I have remained faithful”.

“God calls us to be solid in our faith, to fight the good fight with perseverance, and surround ourselves with a firm support system in order to finish strong,” said FCA President and CEO Shane Williamson. “With Jesus Christ and His Word transforming us daily, we can be strong 24/7!”

FCA, headquartered in Kansas City, Mo., is taking that message beyond the United States to countries in Africa, South America, and Asia.

“Sports is a universal language,” Cox explained. “We’re bringing resources, we’re bringing tools, we’re meeting needs and providing great coaching, great competition, great camps for them to get an experience they normally don’t get to experience.

FCA’s ministry does not end when camps end. The coaches and athletes return to their schools and communities equipped with resources to implement what they learned at camps.

Some athletes even get to take what they learn to the world of professional sports.

At the end of the day, wherever the athletes and coaches end up in their career, Cox says “it’s all about making disciples.”