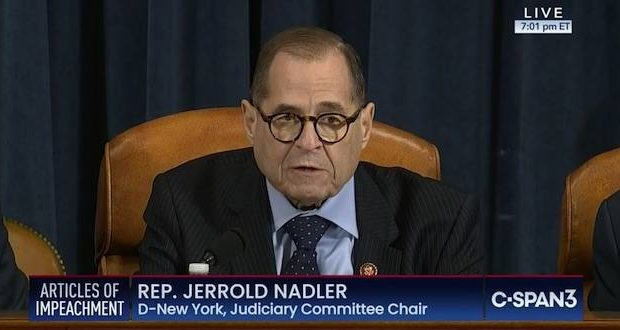 These House Democrats expected to defect in impeachment vote

As the House Judiciary Committee holds its impeachment vote on Thursday, Democrats are are counting how many of their members are expected to defect. Reports this week have listed those Democrat caucus members who may side with Republicans. on voting on articles of against President Donald Trump, according to several reports this week.

Those Democrats happen to be in battleground states that President Donald Trump won and view an impeachment vote as hurting their reelection in 2020.  New polls show that in the battleground states that Trump won, namely Michgan, Pennsylvania, and Wisconsin, the President currently leads against the match-ups against the top-tier Democrat candidates.

The Washington Post reported that at least half a dozen Democrats in the House who will join the Republicans to oppose impeachment. Another aide told the paper that there might be more than that.

Politico reported that a half-dozen Democrats would likely defect.

“It’s probably the most serious consideration I’ll give anything that I’ve considered my one year in Congress,” said Rep. Elissa Slotkin (D-Mich.), reported the website. “I’m going to do exactly what I was trained to do as a CIA officer — I’m going to look at the full body of information, read it thoroughly, and make an objective decision.”

About 18 House Democrats would need to defect from the party for it to fail.

One of the most vulnerable Democrats, Rep. Kendra Horn (D-Okla.), said she isn’t sure on how she will vote next week. “I’m still reviewing,” Horn told reporters on Wednesday, according to Politico.

“This is not something that we’re going to operate on anyone’s timeline,” Rose told Politico. “I take the speaker at her word that this is a vote of conscience, as is every vote here,” he added.

“What I’m doing over the next couple of days, I’m going back, reviewing the testimony and reviewing the transcripts, the documents that were collected during the inquiry the last few months,” said Crow.

When the measure reaches the Senate, some Democrats might also vote against convicting the president. One of them may be Sen. Joe Manchin (D-W.V.), a centrist Democrat, who said this week that he is “very much torn” over impeachment.

Earlier this week, Politico reported that a small number of House Democrats were seeking to censure Trump instead of impeaching him.