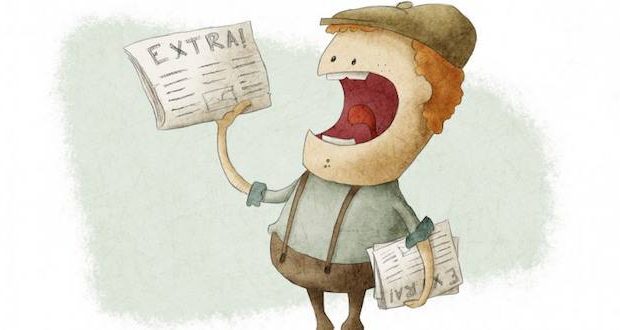 A 10-year-old boy was killed after being snatched from a boat by a crocodile in the Philippines, said officials on Aug. 14. The boy was on board the boat with two other siblings near Balabac, located in the southern Philippines, reported the AFP news agency.

The animal, according to the boy’s siblings, rose out of the water and into the boat, dragging the child under water. The town is notorious for crocodile attacks.

The day after Rep. Rashida Tlaib (D-Mich.) was officially barred from entering Israel because of her anti-semitic statements, the country’s interior minister has granted her request to be allowed in so she can visit her grandmother in the Judea (West Bank) on humanitarian grounds.

Tlaib wrote to authorities on Aug. 15, after she and Rep. Ilhan Omar (D-Minn.) were barred entry under an Israeli law that prohibits those calling for a boycott of Israel. Both Congresswomen have used language similar to that of extremist groups that want to destroy Israel.

“I would like to request admittance to Israel in order to visit my relatives, and specifically my grandmother, who is in her 90s and lives in Beit Ur al-Fouqa. This could be my last opportunity to see her,” Tlaib wrote in the letter.

Now, it seems Tlaib has changed her mind, saying “a part of me would die” if she complied with the restrictions put on her visit.

It has been years since Tlaib visited her grandmother and some are questioning her desire to now, especially after she turned down an opportunity to visit Israel two weeks ago as part of a bi-partisan Congressional delegation — the largest ever — to visit the Holy Land.

Canada, famous for its gun ban, has a gun violence problem

The Toronto Police Service is increasing efforts to reduce the amount of gun violence in the city after a recent spike in violent shootings left a considerable number of people injured.

Over the from Aug. 3 to Aug. 5, 17 people were shot in Toronto, including 7 who were the victims of a shooting at a nightclub.

“When I’ve got 13 people right now in the city that have been shot, that have a bullet in them, I’ve got concerns for that,” Saunders said at a news conference. “We will be putting additional resources in specific places that we think will help deter and reduce the gun violence that’s occurring in the city right now.”

Four more people were shot less than 24 hours after the news conference.

Democrat lawmakers in the US regularly use Canada’s very strict gun laws as an example of how to reduce gun violence in the United States. Gun rights activists in the US point out that people who want to do harm typically do so with unregistered and illegally obtained guns and that restrictions on legal firearms, like in Canada, will only leave the criminals with firearms.

Labor productivity in the nonfarm sector rose by 2.3 percent in the second quarter of 2019 from the same quarter a year ago, based on data released by the Bureau of Labor Statistics on Aug. 15. That represents a slight slowdown from the blockbuster 3.5 percent increase in the first quarter, but was still the third best quarter in four years.

The news comes as media outlets come under scrutiny for pushing a recession narrative in defiance of economic numbers that suggest otherwise.

The growth easily beat expectations of economists polled by Reuters, who had forecast a second-quarter productivity increase of 1.5 percent.

Retail sales were up a seasonally adjusted 0.7% from June—the strongest reading since March and a positive signal for the U.S. economy amid the media’s promotion of a global slowdown. U.S. stocks stabilized after the upbeat data.

President Trump is urging Chinese President Xi Jinping to meet with Hong Kong protesters, arguing it would help end the crisis. Later, Mr. Trump said he is confident China can “humanely solve the problem.” He added that he has a call scheduled soon with Mr. Xi.

Thousands of Chinese paramilitary police have moved into a sports stadium in Shenzhen, less than five miles from Hong Kong.

Meanwhile, the CEO of Hong Kong flag airline carrier Cathay Pacific resigned, a week after China ordered it to remove all employees involved in the protests from flights to the mainland.

The British parliament is set for a September showdown between new Prime Minister Boris Johnson’s “do or die” pro-Brexit government and those implacably opposed to the results of the Brexit election which saw Britains voting to leave the European Union.

Johnson says Britain will leave the EU with or without a deal on Oct. 31 and is refusing to negotiate with Brussels until it agrees to change the Withdrawal Agreement, the deal it negotiated with his predecessor Theresa May. Brussels says it won’t renegotiate.

The impasse leaves Britain on course for a no-deal exit unless parliament can stop it. Observes say it is a test of the strength of democracy and the will of the people. Will or will not palirament abide by a democratic vote to leave?