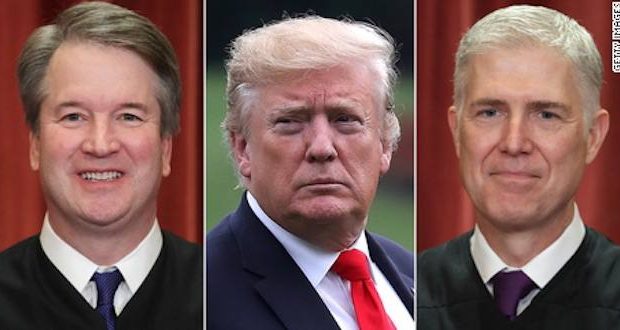 Abortion was the topic of heated discussion during confirmation hearings for Supreme Court nominees Neal Gorsuch and Brett Kavanaugh. The court announced on Friday that it will hear an abortion case for the first time since the two justices were confirmed.

The court will consider a challenge to a Republican-backed Louisiana law requiring doctors who perform abortions to have admitting privileges at a nearby hospital. The nation’s high court granted a petition for certiorari filed by the Center for Reproductive Rights on behalf of an abortion clinic and two abortionists in the case of June Medical Services v. Gee.

The Center for Reproductive Rights contends that the Louisiana law adopted in 2014 would close every abortion clinic in the state except for one. The law has been blocked since its enactment.

Earlier this year, the Supreme Court voted 5-4 to block the Louisiana law from going into effect until the case could be adjudicated. Chief Justice John Roberts joined the court’s four liberal justices in the majority, while Kavanaugh wrote in dissent. In 2016, an eight-member Supreme Court struck down provisions of a similar Texas law. In a 5-3 decision, the court concluded that legal demands for abortion providers to have hospital admitting privileges and for abortion clinics to be regulated as surgical centers were an “undue burden” to a woman’s right to an abortion.

“Louisiana is openly defying the Supreme Court’s decision from just three years ago, in which they found an identical Texas law unconstitutional,” Center for Reproductive Rights President Nancy Northup said in a statement. “We are counting on the court to follow its precedent, otherwise, clinics will needlessly close and there will be just one doctor left in the entire state to provide abortion care.”

The intent of the Louisiana law is to ensure that abortionists meet the medical qualifications necessary to admit a patient from an abortion clinic to a hospital within 30 miles when emergencies arise. A study from 2018 suggests that an average of 5,500 women are sent to emergency rooms every year in the U.S. due to complications related to the procedures.

Despite the Supreme Court’s ruling in the Texas case, Louisiana contends that because the law leaves abortion clinics open in major population centers, it does not create an “undue burden” on abortion access.