Home / News / Israel / Uganda may be next to open Jerusalem embassy 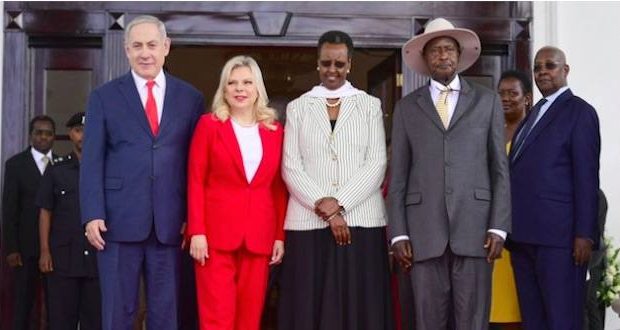 Uganda may be next to open Jerusalem embassy

Uganda could “soon” begin construction of an embassy in Jerusalem after President Yoweri Museveni stated that his country was seriously considering it.  The announcement came after a meeting with Israeli Prime Minister Benjamin Netanyahu.

President Museveni is an Evangelical Christian and many Ugandan Christians believe it is their biblical duty to bless Israel.

Museveni’s statement came as Netanyahu made a quick trip to the African continent to meet with key leaders and discuss how to bring Africa closer to the Jewish State.

When the prime minister asked Museveni if he will agree to open an embassy in Jerusalem, the president said: “If a friend says, I want your embassy here, rather than there, I don’t see why it wouldn’t be. We are studying that.”

Netanyahu celebrated the bond between Uganda and Israel – a bond founded on Scripture.

“You’re a man of the Bible,” he said, speaking to Museveni. “I’ll never forget your visit in Jerusalem, when you met my late father, the historian. And you spoke about the Bible and the roots of our common heritage. And I want to thank you for this long, long friendship.”

Netanyahu said he wants to eventually begin direct flights from Israel to Uganda, open an Israeli embassy in the country, and collaborate in agriculture, education, and innovation.

“The only thing we’ve been unable to replicate in Israel is the depth of the greenery here in Africa. It’s so beautiful, it’s so lush, and it’s so comforting. But what is comforting and what is ripening is our cooperation in many, many fields. We’re open to do more, including in cyber,” he said.

During his visit to Uganda, Netanyahu took time to honor his brother, who was killed 40 years earlier in an anti-terror raid in Entebbe.

If Uganda opens an embassy in Jerusalem, it will be the fourth country to do so after the United States, Guatemala, and Paraguay. 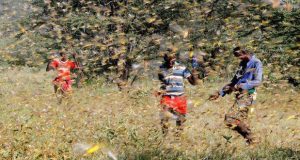