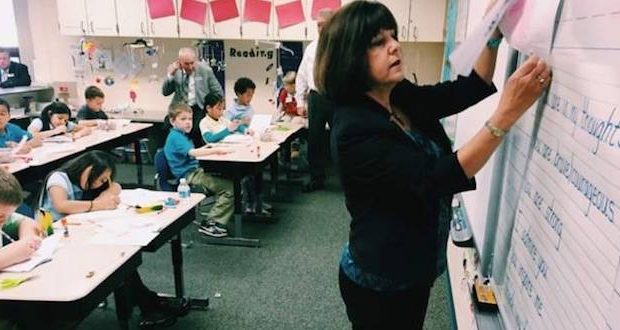 Karen Pence has been a teacher for many years.

The battle to force private schools and churches to hire LGBT and cross-gender teachers, pastors and staff is heating up after the new job of the wife of Vice President Pence was announced this week.

The White House says that Karen Pence will teach art classes twice a week at Immanuel Christian Elementary School in Virginia. She had taught there previously for 12 years.

The school has a Bible-based hiring policy that requires staff to hold to Biblical views on marriage and the creation of only two biological sexes–male and female.

That’s pretty standard stuff for a Christian school but has not prevented LGBT activists from attacking Pence for taking the position or Emmanuel or other Christian schools for having the policy.

Karen Pence, and her husband Vice President Mike Pence, are evangelical Christians who hold to the Biblical views that tens of millions of other Christians also agree with.

In 2015, as governor of Indiana, Mike Pence signed into law a religious freedom bill that protected businesses from being forced to hire individuals whose lifestyle choices contradicted the deeply held personal beliefs of the business owner.

Similar laws have been upheld in the Supreme Court.

The Virginia school’s policy states that students and parents’ lifestyles may not include “participating in, supporting, or condoning sexual immorality, homosexual activity or bi-sexual activity.”

Teachers must not engage in such behaviors as “homosexual or lesbian sexual activity, polygamy, transgender identity, any other violation of the unique roles of male and female,” its job application states.

The head of GLAAD, a radical New York-based LGBT rights group, called on Karen Pence to resign from the job, saying it was “disturbing” she would “put her stamp of approval on an institution that actively targets LGBTQ students.”

Karen Pence said in a statement that she had missed teaching.

“I am excited to be back in the classroom and doing what I love to do, which is to teach art to elementary students,” she said.

The attacks against Pence and the policy of Christian schools, churches and businesses owned by Christians, has put deeply rooted Christian beliefs as the bullseye by liberal groups waging culture war against faith.

Some say the attacks against these institutions, and the subsequent pressure to force them to give up central tenants of their faith, is an all-out effort that could ultimately strip them of the freedom of conscience and protections founded in the Constitution.

Karen Pence and the White House are not backing down.

A spokeswoman for Karen Pence said in a statement, “It’s absurd that her decision to teach art to children at a Christian school, and the school’s religious beliefs, are under attack.”

Previous: Chiefs quarterback Patrick Mahomes wins MVP and Offensive Player of the Year from PFWA
Next: Man sues to get donation back after school founder arrested for abusing children