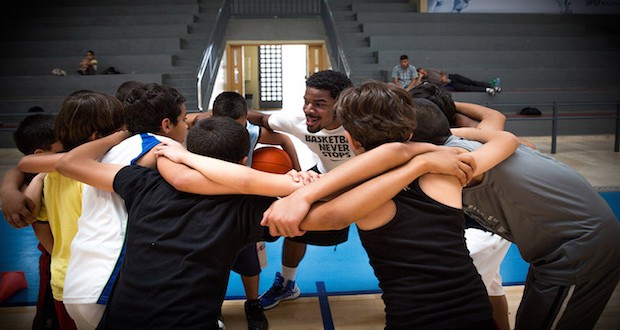 Having served millions of student athletes over the years, FCA is this week celebrating 65 years of ministry.

It all began when a young basketball coach wondered why athletes endorsed products like shaving cream and cigarettes, but not a Christian lifestyle. That insight became the backbone of a vision to see the world transformed by Jesus Christ through the influence of coaches and athletes.

This week, on Nov. 10, the Fellowship of Christian Athletes is marking 65 years of staying true to the mission of leading every coach and athlete into a growing relationship with Jesus Christ and His church.

“It is an amazing honor for the entire Fellowship of Christian Athletes family to reflect on 65 years and witness all God has done through this ministry,” said FCA President and CEO Shane Williamson.

Williamson says that over those many long decades, countless individuals sacrificed much.

They did so he says, “so that millions of coaches and athletes today could draw nearer to Christ through the sports they love.”

That young basketball coach with a vision was the late Don McClanen, who founded the Fellowship of Christian Athletes in 1954. But for seven years before that, he prayed about what the organization would look like and whom it would serve. He joined forces with the other FCA “Founding Fathers” — Dr. Louis H. Evans, Dr. Roe Johnston and Branch Rickey, among others — who made FCA come to life. 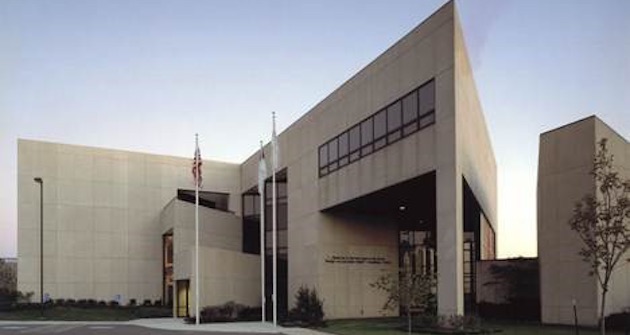 Evans had encouraged McClanen to write to other athletic greats who were also strong in their faith — greats like football stars Doak Walker and Otto Graham; baseball players Carl Erskine, Robin Roberts and Alvin Dark; Olympians Bob Mathias and Bob Richards; coaching and front office legends Amos Alonzo Stagg, Bud Wilkinson and Clarence “Biggie” Munn; and even broadcasters Tom Harmon and Red Barber. In all, 19 letters were mailed, each carefully laying out McClanen’s God-given desire for what would become FCA.

Fourteen of those 19 men told McClanen they were interested. But Rickey, the then-Pittsburgh Pirates General Manager who had signed Jackie Robinson, didn’t answer McClanen’s letter. But the young coach pressed on for a meeting with him. He promised to drive to Pittsburgh to meet with Rickey on his own dime for a five-minute face-to-face. The meeting lasted five hours, and the rest is history. Three months later and with a $10,000 gift from a Pittsburgh businessman, FCA became a reality, chartered in Oklahoma on Nov. 10, 1954.

Large events where top names in sports spoke to young athletes began in Oklahoma City and Tulsa, then a few years later, in Denver, Houston and Indianapolis. Overall, 90,000 young people heard the gospel from some of the nation’s most popular athletes and coaches. When Sports Illustrated covered the Denver events, FCA had the publicity push it needed to explode.

The first FCA National Conference was held in 1956 in Estes Park, Colo. — a precursor to today’s FCA Camps, which are now a staple of FCA’s ministry, growing to 805 Camps in 42 states and 92 countries with an attendance of 89,323 campers this past summer.

Likewise, FCA recently completed its 16th annual student-led and student-driven Fields of Faith events on Oct. 9, where approximately a quarter of a million student-athletes, coaches, parents and community members worshipped together, heard from inspiring speakers, prayed and committed to read their Bible at upwards of 500 gatherings on athletic fields in the U.S. and globally.

Building on the words of Billy Graham, who said, “A coach will influence more people in a year than most people will in a lifetime,” FCA began focusing on reaching coaches as well as athletes. Coaching legends such as Tom Landry, Tom Osborne, Bobby Bowden, Grant Teaff, Frank Broyles, Dean Smith, Kay Yow, Tony Dungy, Raymond Berry and Jerry Kindall have joined FCA over the years to impact countless athletes and fellow coaches. Today, FCA focuses on a “To and Through the Coach” strategy, recognizing that one of the best ways to reach more athletes for Christ is to first reach the coach. “To and Through the Coach” pursues the FCA vision and mission by seeking ministries that impact coaches’ hearts, marriages and families. Those coaches are then engaged, equipped and empowered to impact their fellow coaches, teams and athlete leaders for God.

“We may never know the full impact of FCA around the globe, but God had a plan for this ministry all along, and we can rest assured that true life change has happened, and continues to happen, in many hearts because of FCA,” says Williamson.

As the organization reminisces on its past and considers the future, Williamson refers to scripture for their road map. “For the next 65 years,” he says, “may FCA rest assured in 2 Peter 1:11: ‘Then God will give you a grand entrance into the eternal Kingdom of our Lord and Savior Jesus Christ.’”

Previous: You can’t keep your kids from screen addiction if you don’t do this one thing first.
Next: Citizen Donald Trump joins 1 million fleeing New York region