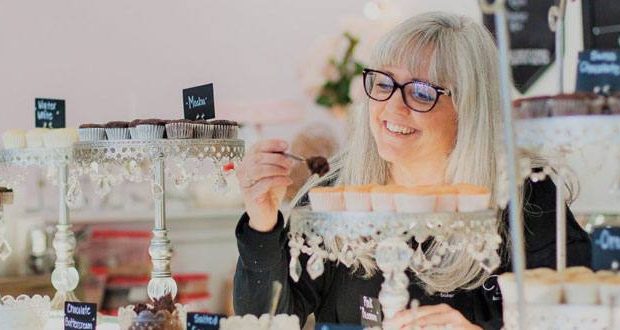 Cathy Miller won a victory in a California trial court to refuse to design wedding cakes for same sex couples.

BAKERSFIELD, Calif. — A California trial court has upheld a Christian baker’s right to refuse to create a wedding cake for a lesbian couple, but the decision comes as a similar case is already pending in the nation’s highest court.

Tastries Bakery owner Cathy Miller’s freedom of speech “outweighs” the state of California’s interest in ensuring a freely accessible marketplace, Judge David R. Lampe said in his decision in the Superior Court of California in Kern County, one of the state’s 58 trial courts.

Standing to set a legal precedent is the case of Colorado baker and Masterpiece Cakeshop owner Jack Phillips, deliberated before the U.S. Supreme Court in December 2017. A ruling is expected within months in Phillips’ fight to limit his creativity as a wedding cake baker to marriages between a man and a woman.

In California, Roger Spradlin, a local pastor, was among about 200 of Miller’s supporters who attended a rally in advance of Lampe’s decision.

“She declined to design a wedding cake for a lesbian couple’s wedding, not because she is not loving or compassionate but because of her own religious and biblical convictions that marriage was designed by God between one man and one woman,” said Spradlin.

“We are pleased that the court courageously ruled to follow the Constitution rather than prevailing culture in protecting Cathy’s religious freedom to follow her conscience,” Spradlin continued.

Lampe, in his decision, wrote that both freedom of speech and a nondiscriminatory marketplace are laudable and necessary but said the facts of the case favor Miller. The state’s complaint, based on the Unruh Act, which prohibits discrimination based on both religion and sexual orientation, lacks the merit to succeed, Lampe said.

“The difference here is that the cake in question is not yet baked. The State is not petitioning the court to order defendants to sell a cake,” Lampe wrote. “The State asks this court to compel Miller to use her talents to design and create a cake she has not yet conceived with the knowledge that her work will be displayed in celebration of a marital union her religion forbids.

“For this court to force such compliance would do violence to the essentials of Free Speech guaranteed under the First Amendment,” Lampe wrote.

The California Department of Fair Employment and Housing had sought a preliminary injunction to force Miller to either bake wedding cakes for homosexual couples or stop selling wedding cakes, which comprise 40 percent of her sales. The state filed the petition after Miller refused in August 2017 to design a wedding cake for Eileen and Mireya Rodriguez-Del Rio.

Hailing the California ruling a victory is the nonprofit Freedom of Conscience Defense Fund (FCDF), Miller’s defense team in the case, Department of Fair Employment and Housing vs. Cathy’s Creations, Inc.

“This is a major victory for faith and freedom because the judge indicated in his ruling that the State cannot succeed in this case as a matter of law,” FCDF chief counsel Charles LiMandri said today in a press release. “No doubt the California officials will continue their persecution of Cathy, but it is clear that she has the Constitution on her side.”

FCDF Executive Director Daniel Piedra has established a fundraiser for Miller at GoFundMe.com with a $100,000 goal.

2018-02-08
Dwight Widaman
Previous: Polls: Trump more popular than Obama?
Next: Dave Ramsey Answers: How much house can I afford?