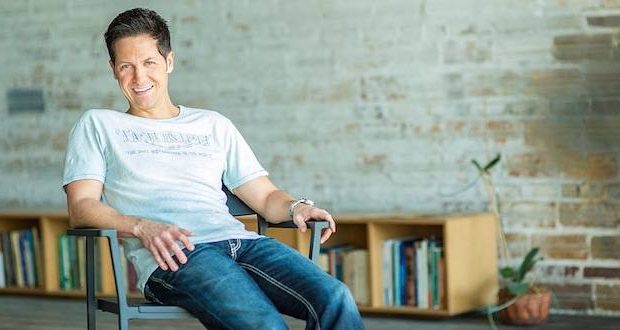 Wes Hampton wants to introduce hymns to a new generation

Singer Wes Hampton is on a mission to introduce a younger generation of Christians to the music he, his parents and his grandparents sang as children.

Hampton, the well-known tenor in the Gaither Vocal Band, grew up in rural West Tennessee signing hymns in a Baptist church.

Hymns, though, aren’t as popular as they once were, and Hampton has a plan to get a new generation hooked. His new solo album, titled simply Hymns, has 10 tracks, including some of the best-known hymns of history. He already is planning a sequel.

“I just don’t want hymns to get lost,” Hampton said. “There’s such great theology, such great truth, and some beautiful, beautiful musical moments in them, too. The new generation is not really hearing many hymns.”

READ: What you’re missing this month

Hampton acknowledges that the demographics of a Gaither Vocal Band concert trends toward older adults. But “more and more” young people are coming to the shows, he said.

“I want younger people, especially, to hear these songs,” he said. “They might be brand new songs to them. Maybe they will like it and play it in their cars, and then their kids will hear it.”

But songs like Be Thou My Vision, Great is Thy Faithfulness and How Great Thou Art — all on the album — aren’t as well-known to the younger audience.

Perhaps the younger generation at concerts will learn about one of Hampton’s other passions, too: cooking.

Hampton began cooking after he was married in 1998, learning about the craft while watching Food Network shows. He loved it.

“I remember thinking, ‘This is really relaxing.’ … My hobby became booking.”

He took his father-in-law’s advice and put together a cookbook, Wescipes, that is sold at his solo concerts and Gaither Vocal Band shows (as well as online). Incredibly, the cookbook accounts for two-thirds of his sales.

“Cooking is just my love language,” he said. “Whether [the result] is a disaster or not, it’s fun for me.”