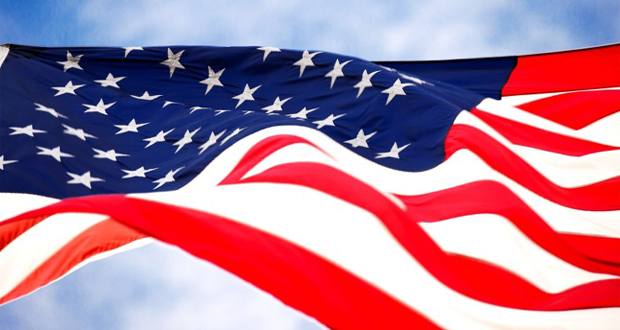 What Is Conservative American Nationalism?

Circumstances change; core principles do not. The country’s oldest foreign-policy tradition still finds its home on the right. What Is Conservative American Nationalism?

Underneath all of the day-to-day tumult, for both critics and supporters the Trump presidency has come to represent nothing less than a resurgence of American nationalism. Critics believe they understand that broad tradition. But they don’t.

As I suggest in a new book, Age of Iron, conservative American nationalism is the country’s oldest foreign-policy tradition. Designed to preserve American self-government, it always has been based on a recognition that the United States is an independent nation-state. This means that the material integrity, security, prosperity, and health of the U.S. as a nation ought to be of real concern. It also means that in formulating U.S. public policy, the interests of American citizens come first. One might think this is obvious. And for previous generations, across party lines, it was.

But in our own time, a great many public intellectuals — along with the now-dominant progressive wing of the Democratic party — have together decided otherwise.

In addition to protecting the country’s sovereignty, American nationalism has its own unique qualities. Ever since the founding, the U.S. sense of identity has been bound up with a sort of civic nationalism or distinctly American creed emphasizing the rule of law, constitutionalism, individual freedom, and limited government. These features are classically liberal in the 19th-century meaning of the word. And it’s American progressives, over the past 100 years, who’ve most consistently challenged that classical foundation, casting it as out of date.

With regard to foreign commitments, America’s conservative nationalist tradition goes back to George Washington’s Farewell Address, along with Thomas Jefferson’s confirmation of it, urging the country to avoid permanent entangling alliances.

This was the mainstream and consensual U.S. foreign-policy tradition for most of American history, well into the 20th century. Its central premise might be summed up in three words: freedom of action.

America’s Founders also hoped, in all sincerity, that the U.S. example of popular self-government would spread overseas. But they didn’t imagine that they could accomplish that by force, simultaneously, in all directions. Nor were they averse to diplomatic alignments with non-democratic powers, if necessary, in order to promote American interests. After all, the United States might never have secured its independence without the help of France, under an absolutist monarchy at the time.

So the prevailing conservative nationalism, at the start of the 20th century, emphasized U.S. sovereignty, material American interests, limited government, hopes for the spread of democracy, freedom of action, and a willingness to engage in normal diplomacy with a variety of foreign regimes. That still left a great deal of room for internal debate over specific policy questions. They included: when and how to engage in the use of force outside existing U.S. territory; how optimistic to be about short-term democratic possibilities in other countries; whether to incur any new U.S. international commitments; and how long to keep those commitments. All these questions were raised, for example, by America’s war with Spain in 1898.

The progressive political waves of the early 20th century, led by Woodrow Wilson and Franklin Roosevelt, reshaped America’s politics along with its foreign relations. Progressives like Wilson insisted that an ancient constitution was no longer relevant to the modern condition. Early 20th-century progressives further argued that the United States would need to formulate a series of global, binding, multilateral commitments overseas in order to promote progressive ends.

Republicans at the time were often uncertain and divided over how exactly to respond to all of these sweeping proposals. The expression of traditional American nationalism splintered and then shifted in new directions.

To a much greater extent than modern progressives, modern conservatives in the U.S. continued to emphasize the need for their country to maintain a free hand in world affairs. At the same time, many were ultimately persuaded of the need to act internationally — and to take up new foreign-policy obligations — against a series of material threats. In both world wars, American conservatives rallied energetically to massive U.S. efforts once their nation entered into hostilities. During the lengthy Cold War struggle, the great majority of conservatives were eventually willing to support U.S. military commitments overseas, in order to contain and counteract the global expansion of Communism.

After 9/11, most conservatives supported the Bush administration’s war on terror, to combat an undeniable foe. But eventual disappointments with U.S. counterinsurgency efforts in Iraq and Afghanistan — together with frustrations over globalization — once again raised the question posed right after the collapse of the Soviet Union: To what purpose do American citizens support U.S. engagement overseas?

During the 2016 presidential campaign, then-candidate Donald Trump asked that very basic question with unusual force. He did not provide many of the answers. But he tapped into a real dissatisfaction with existing U.S. foreign-policy patterns and conventions.

Trump is no ideologue. Operationally, he’s unpredictable. Yet he works from an instinctive American nationalism and has a definite point of view that he’s been expressing in his own way for more than 30 years. His longstanding belief is that U.S. allies have been free-riding off the United States for decades. He looks to carve out what he views as relative material gains for the U.S., in relation to allies as well as adversaries, on both commercial and security issues. He’s also genuinely skeptical of the need for continuing U.S. military interventions abroad. That’s his version of American nationalism. It isn’t the particular version once championed and incorporated into the GOP by George W. Bush. It is Donald Trump’s, and for now, he’s the one in the Oval Office.

Having said that, an insistence on maintaining a free hand in world affairs is hardly something new for Republicans. George W. Bush made it crystal-clear that he required no international permission slip to act against perceived threats. So did Reagan, Nixon, and Eisenhower. Each of these presidents had his own distinct foreign-policy style and priorities, very different from Donald Trump’s. They also tried to balance domestic responsibilities with international ones. But a certain freedom of action has been one key theme in GOP foreign-policy approaches all along. Trump is not overturning that traditional aspect of conservative American nationalism. He is restoring it — with a vengeance.

In practical terms, when it comes to America’s overall military commitments, Trump takes a rough middle position between the GOP’s staunchest national-security hawks and the most ardent anti-interventionists — between Senators Lindsey Graham (R., S.C.) and Rand Paul (R., Ky.), as it were. The president’s specific foreign-policy decisions regularly please or worry one faction or the other. Since Trump has the support of most conservative voters, most congressional Republicans try to support him when they can. But Trump has not ended the great long-running post–Cold War debate on the right over U.S. foreign policy. Far from it. You see this debate recur most recently in the sharp, intense criticism from so many leading Republicans over Trump’s Syrian force withdrawals.

At the other end of the foreign-policy spectrum, the GOP’s non-interventionist wing, best represented in Congress by Senator Paul, feels that Trump has done considerable good in shattering existing orthodoxies and scaling back on at least some U.S. military commitments overseas. If anything, non-interventionists would like the president to go further in that direction. Some favor dismantling America’s forward bases and alliances in Europe and Asia altogether. Full-spectrum non-interventionists do not make up a majority of conservative Republican voters today. But neither do full-spectrum interventionists. The greater bulk of voters — like Trump — are somewhere in the middle.

The current impeachment inquiry by congressional Democrats will continue to affect U.S. foreign policy, but it may have less of a radical effect than people think. Even in the unlikely event that Trump is removed from office by the Senate, and unless Nancy Pelosi plans to somehow catapult into the White House, it’s the vice president who will succeed him. There’s little indication that a President Mike Pence would reject a foreign policy based on core assumptions of American nationalism. On the contrary, Pence might very well pursue a version of that tradition more devout, more self-disciplined, and more strictly conservative.

Assuming Trump survives any impeachment process, we can offer a glimpse of what the president’s 2020 reelection campaign will probably look like with regard to foreign-policy issues. He’ll want to run on having renegotiated a variety of allied trade agreements; a commercial cease-fire with China; drawing down U.S. forces in Syria and Afghanistan; bolstered military spending; reduced tensions with North Korea; a hard line on both Cuba and Venezuela; increased U.S. border security; the rolling back of ISIS; and a peace agreement with the Taliban. That’s pretty much what he ran on in 2016. This will continue to shape his decisions over the coming year.

The outlines of a second-term Trump foreign policy, if he wins reelection, are considerably less clear. He might very well keep cycling back to core themes and proposals from 2015–16, especially unfulfilled ones. But in the history of American diplomacy, presidential plans are often disrupted by unforeseen events. If Trump is faced with a truly colossal international military crisis — something that’s not yet happened — that may reshape his foreign policy in ways yet unexpected.

Once Trump does leave office, whether after one term or two, the internal battle inside the GOP over national-security issues will resume in full force. The party’s position will once again be up for grabs. Having said that, anyone who believes that future Republican leaders can simply roll the clock back to the spring of 2015, with regard to foreign policy as well as much else, is kidding himself. The same might be said, incidentally, of trying to roll back the clock to 2002, 1980, 1945, or, for that matter, 1920. Each generation faces its own particular challenges. Circumstances change; core principles do not. A tradition of conservative American nationalism dating back over 200 years is not about to disappear. Nor should it. But its specific expression must necessarily respond to the concerns of the day.

Ultimately, in a democracy those concerns are expressed by voters through their elected officials, not by public intellectuals. As the GOP has incorporated more working-class voters and moved in a culturally conservative populist direction — part of a long-term trend predating Trump —its foreign-policy stance is inevitably affected. A more blue-collar Republican party will tend to be more protectionist on trade and less interventionist in foreign affairs. Or at least it will contain powerful constituencies making those arguments. But the beating heart of today’s GOP, many miles outside the Beltway, is by no means pacifist. Its mantra is held in the words of the black coiled snake on the yellow Gadsden flag: “Don’t tread on me.” Any foreign enemy who persists in testing that reptile will find there is a limit. This snake eventually bites.

What the Trump phenomenon has clarified, above all, is that no version of internationalism can be sustained in the absence of an underlying nation-state felt by its own citizens to be prosperous, sovereign, and secure. And if the nation’s leaders ever forget that again, the voters will be sure to remind them. In this sense, there is really no such thing as “Trumpism.” There is only America.