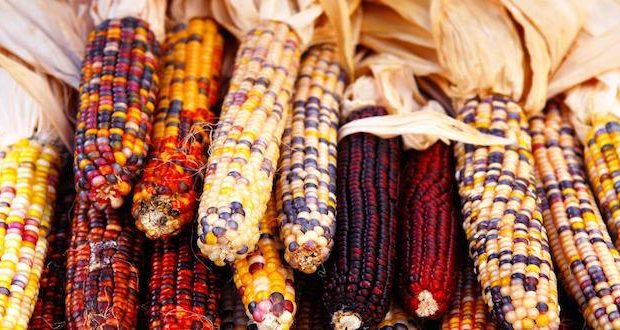 What’s the truth about the first Thanksgiving?

There’s a lot of pressure to do away with Thanksgiving. Is it a day of gratitude or a day of guilt? Like Columbus Day, Thanksgiving is being attacked. Many stories surrounding the holiday don’t match with history. Even well-meaning Christians may not fully understand the historic and spirutal meaning of this, onen of the most important holidays believers celebrate. Michael Medved, author of The American Miracle, dives in and shares this fascinating story of the first Thanksgiving. 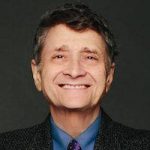 Here’s why you should not fear celebrating Thanksgiving with your family.

Food, football, and…oppression. That’s what Thanksgiving has come to mean to many Americans.

Back in 2007, Seattle public school officials made national news by describing the holiday as a “time of mourning” and a “bitter reminder of 500 years of betrayal.”

This new narrative describes the Pilgrims as arrogant oppressors who fled persecution only to become persecutors themselves, depriving Native Americans of their land and their lives.

But this is wrong on every count.

First of all, the Pilgrims didn’t cross the ocean to flee persecution — or even England. They’d been living for over a decade in Holland, Europe’s most tolerant nation, and a haven for religious dissenters. Free from interference by the Church of England, they feared seduction — not persecution, worrying that their children would be corrupted by the materialistic Dutch culture.

They initially planned to plant this model society on the wild, wolf-infested island known to natives as Manhattan, but winds and tides blew them 250 miles off course, dumping the Mayflower on the frozen coast of Massachusetts.

Somehow, the Pilgrims saw their dire situation as a demonstration of providential power — especially after a giant wave picked up the flimsy boat of a scouting party on a stormy December night. The turbulent sea then deposited them safely — miraculously — on a little island within sight of the ideal location for their settlement. It was a deserted Indian village with cleared land, stored supplies of corn, and a reliable source of fresh water. 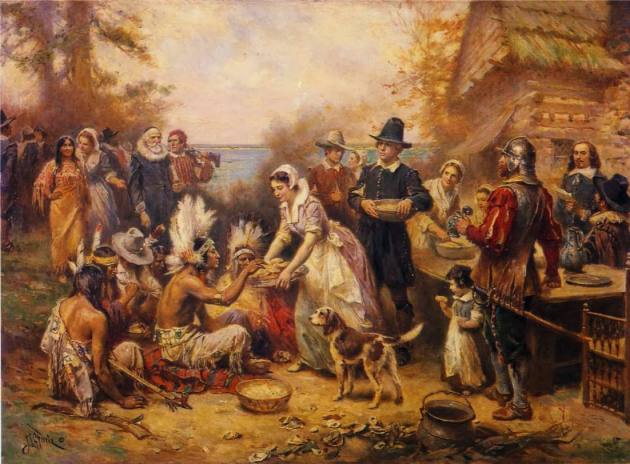 No, these supposedly cruel conquerors never actually invaded that village. Instead, they expressed a fervent desire to pay the natives for the dried corn they found, if only they could find someone to pay. But the former inhabitants had perished during three years of plague — probably smallpox — that immediately preceded the Pilgrims’ arrival.

One of the few survivors of that devastation turned up several months later to welcome the English newcomers. Against all odds, he proved to be the single human being on the continent best-suited to help the struggling settlers, since he spoke English and had already embraced Christianity.

His name was Squanto, and he had grown up in this very village before a ruthless sea captain kidnapped him as a boy and sold him into slavery in Spain. After four years, he was freed by kindly monks, then made his way to England, and finally sailed across the Atlantic — only to find his friends and family all wiped out by disease.

Over the next few months, Squanto helped the English newcomers plant crops and negotiate a friendly trade agreement with the region’s most important chief — Massasoit.

The celebration later known as “The First Thanksgiving,” actually involved a three-day harvest festival in October, apparently inspired by the Biblical holiday of Sukkot, or The Feast of Tabernacles. Ninety hungry Indian warriors joined the 53 surviving Pilgrims for this occasion (nearly half the colonists had died during the brutal winter).

The Englishmen provided some vegetables, fish, and perhaps wild turkeys, while the natives brought five recently hunted deer as house gifts. The preferred sport on this occasion wasn’t football, but shooting, with settlers and Indians sharing a fierce fascination with guns.

Though these hardy Pilgrims loom large in the American imagination, they never built their Plymouth settlement into a major colony. In nearby Boston, the later colony of Massachusetts Bay grew so much faster that it swallowed up the great-grandchildren of the Pilgrims in 1691.

But the sense of purpose of the original Pilgrims left a permanent imprint on the national character. They maintained unshakable confidence that God protected them — not to grant special privileges, but to impose special responsibilities. They saw themselves as instruments, not authors, of a mysterious master plan.

Today, with our continued blessings so obvious and so overwhelming, the only reason to treat this beloved national holiday as “a time of mourning” is that some foolish Americans actually think that’s a good idea. The Pilgrims knew better: they understood that people of every culture and every era can gain more from gratitude than from guilt.

Previous: Our favorite Thanksgiving movies
Next: Saved from a path of self-destruction