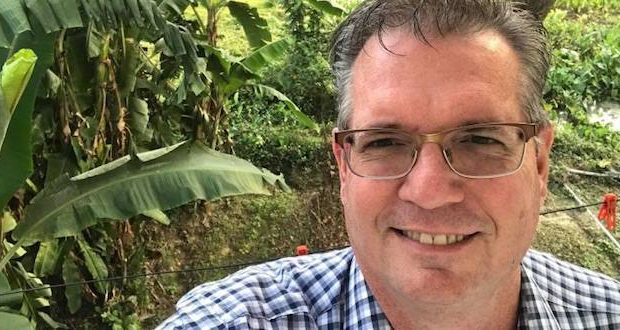 An American pastor from Tennessee is stranded in India after being arrested as he attempted to travel home to the United States.

Bryan Nerren, leader of the International House of Prayer Ministries in Shelbyville, Tenn. was initially detained on October 4 along with two other pastors. Nerren’s supporters believe this was part of a coordinated action by law enforcement.

Earlier, in New Delhi, police had taken issue with Nerren’s carrying of a large amount of cash, intended to cover the expenses for two large conferences with over 1,000 attendees booked in.

READ: Persecution in India ramps up against Christians

“Pastor Nerren explained what the funds were for and answered all the questions from the customs agent,” explained the ACLJ, a leading religious freedom advocacy group.

But the customs agent then “specifically asked if Pastor Nerren was a Christian and if the funds would be used to support Christian causes,” according to the group. After further questioning, Nerren was free to go, but it was clear that a concern had been logged by the authorities.

When he arrived in Bagdogra, Nerren was immediately arrested and told he had violated India’s Foreign Exchange Management Act. Nerren was “targeted and arrested as he stepped off the plane in Bagdogra,” the ACLJ noted.

“In Bagdogra, Pastor Nerren was taken into custody and transported to Siliguri, India where he was incarcerated and was not allowed any visitation, including from the U.S. Consulate or his attorney.”

After six long days in jail, a hearing was finally held and Nerren was released on bail. Unfortunately, they confiscated the pastor’s passport, effectively detaining him in the country. A further court date has been set for December 12.

“Pastor Nerren is trapped in India with no passport, making even the most mundane of tasks difficult,” the ACLJ noted. “He cannot leave. He cannot come home to his wife, children, and young grandchildren who surely can’t comprehend what’s happening to their grandfather. He cannot care for his special needs daughter here in the United States who needs round-the-clock assistance, meaning his wife is left to take care of her alone, while also constantly worrying about her husband. His entire family is suffering from this injustice.”

In a statement to the group, Bryan’s wife, Rhonda, issued an urgent call to prayer.

“My husband has done nothing wrong,” she said. “His only crime is living out his steadfast love for Jesus.” The distraught wife added that her special needs daughter “needs her daddy home.”

“Please pray for our family. Pray for the hearts of the officials who have the power to give him back his passport and let him come back to us. And pray for our legal team at the ACLJ as they work on our behalf to bring him home.”

According to the Tennessean, Pastor Jim Gore of Sevierville, one of those who was traveling with Nerren during the incident, has confirmed that Nerren’s wife and attorney are set to meet with state Senators Marsha Blackburn and Lamar Alexander in Washington, D.C. on Wednesday to discuss Nerren’s case.

If you wish to sign the ACLJ petition to advocate for the release of Pastor Nerren, you can do so here.

William Stark of International Christian Concern, a prominent D.C.-based religious persecution watchdog, told Faithwire that it was concerning Nerren had been “seemingly targeted by customs officials after he was asked to reveal his religious identity.”

“If this issue is truly about the Foreign Exchange Management Act and the funds Pastor Nerren was carrying, why was Pastor Nerren questioned about his religious identity and why did Pastor Nerren’s answer have such severe consequences?” Stark asked.

Stark added that “if there was an issue with Pastor Nerren and the funds, then “why was this not handled by customs officials at the airport in New Delhi? Why was he allowed to proceed to a more rural location only to be arrested upon arrival?”

“If this really is just a violation of the Foreign Exchange Management Act, shouldn’t customs officials have handled the issue in the Delhi airport by either confiscating the funds and/or having Pastor Nerren fill out a customs declaration form?” Stark added. “We here are International Christian Concern hope that this situation can be resolved promptly and justly. Pastor Nerren has already been in custody in India for 25 days. It is our hope that he would soon be released and allowed to return to his family and church community here in the US.”

Do keep his family and friends in your prayers at this time. We will keep you posted with the story as it progresses.

Previous: Israeli embassies worldwide shut down in strike against own government
Next: Singer Lauren Daigle takes criticism in stride as singing career takes off