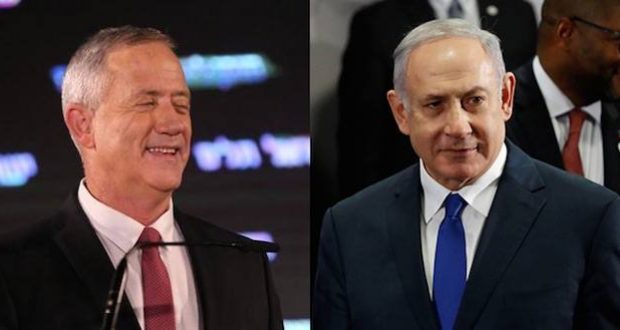 Monday will bring yet another national election in Israel – the third in less than a year. The top two candidates for Prime Minister have pulled out all the stops to get voters to the polls on Monday.  In the past week, Prime Minister Benjamin Netanyahu and his Likud party have taken a surprising lead over Benny Gantz‘s Blue and White party.

Metro Voice will be in Washington DC Sunday to hear Netayahu speak at the American Israel Public Affairs Committee annual Policy Conference. Netanyahu, though, won’t appear in person as he has done in the past, he’ll be streamed live from Israel.

A Direct Poll survey conducted by pollster Shlomo Filber found that Likud would beat Blue and White 35 to 33 seats.

Now there are two new factors in the race: the coronavirus and Bernie Sanders.

A new poll shows as many as four hundred thousand Israelis may not cast ballots due to unwarranted fears of the coronavirus at voting stations.

The first two Israelis were infected this week, and the virus dominates the news coverage just as it does in the U.S.  And like Americans, Israelis are concerned as much about fear-mongering in the media as they are of the spread of the virus.

To calm fears, the Israeli government is putting safeguards against the virus in voting booths and is urging calm.

Meanwhile, the battle to control the next parliament is nearly a tossup.  For two months, all the polls favored the Blue and White party, headed by Gantz. But in the last week, Prime Minister Netanyahu’s Likud party surged ahead in most of the surveys, and he may be getting close to a Knesset majority.

Why the turnaround?  Author and Middle East Analyst Joel Rosenberg says Bernie Sanders could be a factor.  In this week’s Democratic debate, he called Netanyahu a “reactionary racist.”

”Sanders is being supported by some of the worst anti-Semites and anti-Israel figures in the Democratic Party, of which there are many pro-Israel in the democratic party,” Rosenberg explained. “But Sanders, a Jewish candidate, is attracting anybody who hates Israel.”

Netanyahu’s battle against fraud and bribery charges is well known and it was supposed to hurt him with voters. But last week, Israel’s Attorney General announced a criminal probe into a company once run by Gantz.

While Gantz isn’t currently a suspect in the probe, the investigation hasn’t helped him make the case that Netanyahu’s own legal troubles should disqualify him from being prime minister.

Still, Rosenberg believes voters may decide not to cast ballots for a leader who is actually under indictment.

“We could be looking at a post-Bibi Netanyahu future sooner than anybody would have guessed,” Rosenberg said

Voters will try to sort it all out March 2nd.

If not, the country will head to a fourth election. One Israeli jokingly asked Metro Voice News, “And American voters complain?”