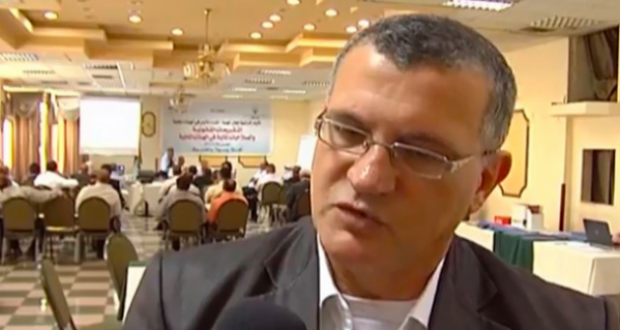 Isaam Akel, released from prison after being arrested for selling a home to a Jewish couple.

American arrested for selling property to Jews released from prison

An American man who was sentenced to life in a Palestinian prison for selling property to Jews has been released, according to a report by Israel’s public news channel Kan 11.

Isaam Akel, 53, is an American Arab citizen with Israeli residency. He was arrested in October by the Palestinian Authority for selling a house in the Old City of Jerusalem to a Jewish organization. In December, a court in Ramallah sentenced him to life in prison for the crime of “attempting to cut off a part of the Palestinian land and adding them to a foreign country.”

The PA’s official news agency Wafa reported that Akel was convicted of “selling a house to the enemy in Jerusalem.”

According to the Israeli news report, Akel was recently freed after Israel and the the Trump administration pressured the Palestinian Authority. The report says a deal was signed between the PA and US to secure his release.

Friedman said, “Akel’s incarceration is antithetical to the values of the US & to all who advocate the cause of peaceful coexistence. We demand his immediate release.”

A Palestinian official told Kan  11 on Jan. 2 that the Palestinian Authority was eager to release Akel. “We want to finish this saga. He has become a burden upon us,” the official was quoted as saying.

The US embassy declined to comment on Akel’s release, telling the Times of Israel that there are “privacy concerns.”

One of Akel’s children told the Times Friday that he was not notified of his father’s release.

It is illegal to sell land to Israeli Jews under Palestinian law. The punishment is usually life in prison or even the death sentence.

However, the law requires PA President Mahmoud Abbas to sign off on the execution, which he has not done since 2006 due to international backlash.

Previous: Thousands turn out in Poland for murdered mayor
Next: Exclusive photos of a march unlike any other