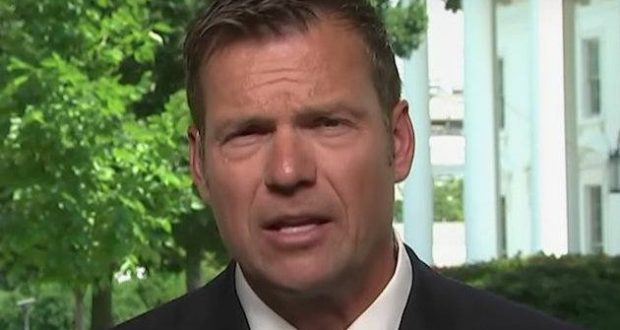 Another effort to keep Kobach off ballot fails

A last ditch effort by liberals to keep Kris Kobach off the November Kansas ballot for governor has failed. The latest was a legal challenge filed by Davis Hammet of Topeka. The Associated Press says Hammet leads the voting-rights group Loud Light and regularly criticizes Republicans.

A state board has rejected Hammet’s challenge.

The State Objections Board concluded late Monday afternoon that Hammet could not show that Kobach’s narrow victory over Gov. Jeff Colyer in the Republican primary in August would be overturned because of issues Hammet raised. Hammet argued hundreds of legal ballots were not counted.

The board was Kobach’s top deputy and representatives of the lieutenant governor and attorney general. Hammet called it a “ridiculous board” needing reform. He did not rule out filing a lawsuit.