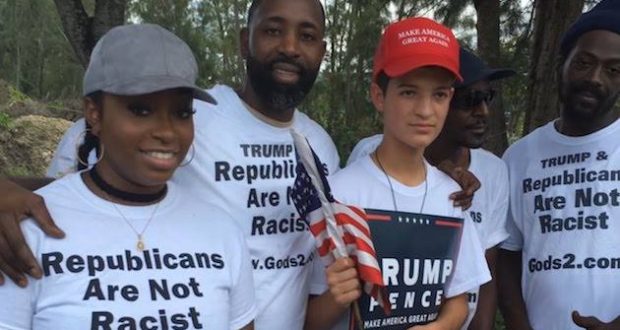 Support for Trump is at record levels.

Black American men are experiencing the lowest unemployment on record as it drops to 6.3 percent, according to the Bureau of Labor Statistics (BLS).

With women included in the count, Black unemployment dropped to 5.9 percent in November, tied for the record low reached in May.

It was the significant improvement in employment numbers among black men that brought male unemployment in general down to 3.6 percent, the lowest since February 1970.

The feeling of finally being included in the nation’s economic prosperity is seen as one reason polls indicate record support for President Trump among African-Americans.  With the promise of increasing job opportunities, African-Americans voted for the president in larger numbers than had been expected and, over first two years of his presidency, have continued to voice growing support.

Trump has faced an uphill battle in shaking his image as some voices in American media have labeled the President a racist for insensitive comments. Some say his focus on creating economic opportunities for an often ignored segment of the American work force – blacks – is more important than awkward observations about the Charlottesville protest.

Overall, unemployment remained steady at 3.7 percent, the lowest level since 1969, the BLS reported on Dec. 7.

The booming job market may lead to pay hikes as employers try to keep valuable workers. Such pay growth, however, poses a risk of rising inflation because the employers may project their payroll costs into their prices.

Yet inflation keep at 2 percent, excluding the volatile energy and food prices.

The reason appears to be increased investments into productivity, making businesses produce more with the same labor.

Labor productivity grew at the pace of 2.3 percent in the third quarter in private non-farm jobs, signalling wage hikes have not been just a result of a tight job market, but real improvements in the economy.