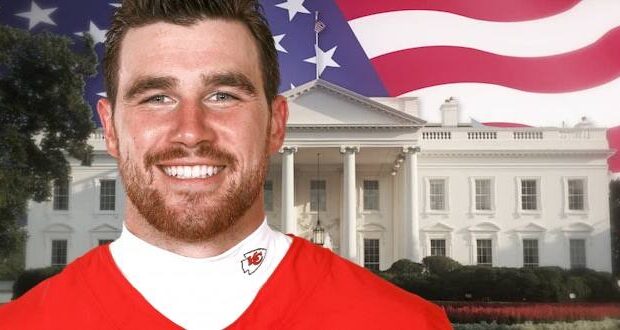 The traditional White House visit by championship sports teams has become contentious in today’s cancel culture. Tight end Travis Kelce of the Kansas City Chiefs, however, considers it an honor.

Kelce told a reporter this week that he was excited to be headed to the White House following the team’s Super Bowl victory, calling the upcoming meeting a “crazy opportunity,” according to The Daily Wire.

READ: The Chiefs known as a team of faith

“You looking forward to going to the White House?” a TMZ reporter asked Kelce.

After the report was made, Kelce doubled down on his enthusiasm, emphasizing that an invitation to the White House is a “unique opportunity to experience” no matter who’s in office.

VIDEO: Kelce is MIC’d up vs. the Packers

“Grew up my whole life watching teams win championships and then go to the White House and get recognized for their greatness regardless of who is in office,” he tweeted. “I think it’s a unique opportunity to experience our nation’s capital.”

However, at least one player is not as excited as Kelce. Chiefs defensive end Frank Clark said he has “mixed emotions” about the White House visit.

“I know historically … that’s something you do as a Super Bowl champion,” he said. “But we’ll see, man. It’s a lot of mixed emotions about stuff going on there. We’ll see.”