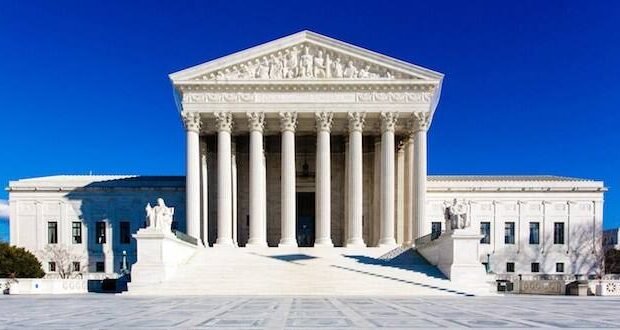 The Supreme Court is hearing arguments about a Louisiana law that restricts access to abortions and is among several recent state laws designed to challenge Roe v. Wade. Other cases on the docket also could have long-term implications for issues tied to people of faith –  especially Christians. They include cases that examine public funding for religious schools and the tension between nondiscrimination laws and religious liberty.

Americans enter this key stretch feeling good about the Supreme Court. Although a 62 percent majority of Americans overall have a favorable opinion of the court, Christians are more likely than religiously unaffiliated Americans to see the court favorably (69 percent vs. 51 percent). This includes about seven-in-ten evangelical Protestants, white Protestants who do not identify as born-again or evangelical Christians (72 percent each) and Catholics (70 percent), according to a Pew Research Center survey conducted in July 2019.

READ: So what’s the difference between Democrat and Republican Party platforms?

Aside from Christians and the religiously non-affiliated, views of the court also diverge along party lines: Among Republicans and Republican-leaning independents, three-quarters have a favorable view of the Supreme Court, compared with about half of Democrats and Democratic leaners (75 percent vs. 49 percent). Religiously unaffiliated adults – that is, those who identify as atheist, agnostic or “nothing in particular” – are largely Democrats, while white evangelical Protestants are solidly Republican and Republican leaning.

Republicans and evangelicals view the court much more favorably than they did during Barack Obama’s presidency. In 2015, just after the court legalized same-sex marriage nationally and upheld a key element of the Affordable Care Act, just a third of Republicans and three-in-ten white evangelicals had favorable views of the Supreme Court. But since then, President Donald Trump has appointed two new justices – Neil Gorsuch and Brett Kavanaugh – and the court has issued a few religion rulings

Before Kavanaugh’s confirmation in 2018, Pew Research Center asked Americans whether they thought he would vote to overturn the 1973 Roe v. Wade ruling, which established a constitutional right to abortion. White evangelical Protestants (61 percent) are much more likely to say they want the high court to completely overturn Roe v. Wade than are Catholics (28 percent), white Protestants who are not evangelical (26 percent) and religious “nones” (10 percent).

Previous: Lent and the spiritual benefits of nature walks
Next: ‘Jeopardy’ host Alex Trebek relies on faith during cancer