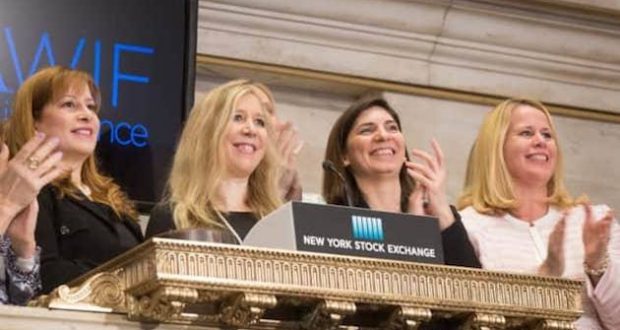 Women have become the biggest beneficiaries from the nation's current historic economic expansion. This has lowered female unemployment to record levels while also increasing family income to levels never seen before.

The U.S. economy continued its historic expansion growing at a strong 4.2 percent annual rate in the April-June quarter. That growth stayed on track to produce its strongest gain in more than a decade with women the biggest winners.

The news bolsters Republican hopes that they will hold both the House and Senate in November elections. Media pundits continue to talk about a “blue wave” but those have rarely happened when the President’s party is in power during a good economy. And this may be the best overall economy in 60 years.

The employment rate among women has reached its highest point in modern history with more women finding employment at the same time as experiencing the highest wage growth since tracking began.

Some conservative commentators even say, because of the growing economy, the nation may experience another election night surprise as it did in 2016 when Trump won the presidency. Every national poll and most experts said that victory would never happen.

The Commerce Department on Wednesday revised up its estimate of growth for last quarter from an initial estimate of a 4.1 percent annual rate.

Economists, who have not been able to accurately forecast the good numbers, expect growth to slow to 3 percent annual rate the rest of the year. That would still be better than all but one of the quarters under President Obama.

Since the recovery began in mid-2009, growth has been sub-part, with annual gains averaging just 2.2 percent, making this the weakest recovery in the post-war period.

President Donald Trump has touted the growth under his term as president as evidence that his economic program of tax cuts, deregulation and tougher enforcement of trade agreements is working. Last month, Trump proclaimed that the GDP figure showed that the United States was now the “economy envy of the world.”

The numbers and his statement have proven to be true as the U.S. economy has outstripped even the manufacturing powerhouses of Europe.

While forecasting solid growth around 3 percent this year, economists contend that this performance is being helped by the $1.5 trillion tax cut victory Trump pushed through Congress last. Almost all democrats voted against it, including incumbent Senator Clair McCaskill, who is running in a tight race to save her seat from Missouri Attorney General Josh Hawley. That vote may be a contributing factor that makes her one of the nation’s most vulnerable and least popular sitting senators.

The Trump administration, pointing to two years of expansive growth, says its policies will unleash an economic boom that will produce annual growth of 3 percent or better over the next decade.

Treasury Secretary Steven Mnuchin, in a CNBC interview Tuesday, pointed to the solid GDP performance in the spring as evidence that the administration is fulfilling Trump’s campaign promises regarding the economy.

“We are delivering on what was the president’s economic agenda about creating growth,” Mnuchin said.

Wednesday’s GDP report showed that consumers are voicing their confidence in the president’s economic policies with expanded spending. That accounts for about 70 percent of economic activity and expanded at a strong annual rate of 3.8 percent in the second quarter, down slightly from an initial estimate of 4 percent growth in consumer spending coming off Christmas and after-Christmas sales.

Previous: New Missouri law aims to protect definition of ‘meat’
Next: How to Have a Successful Retreat