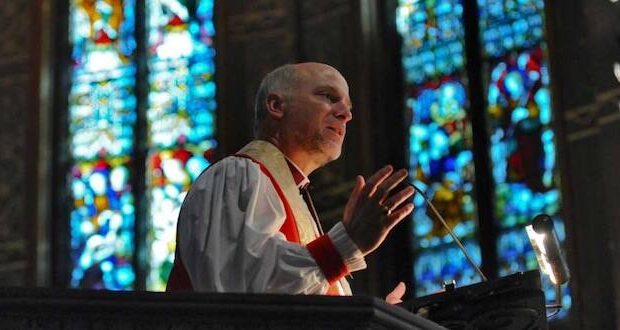 The United States Episcopal Church is disciplining one of its bishops because he upholds the biblical position on sex and marriage.

Bishop William Love, of Albany, has been accused of violating canon law by showing “unwillingness to abide by Resolution B012” – which stipulates that bishops must permit same-sex weddings to take place in their diocese.

The Resolution introduced in 2018 says that if a bishop disagrees with same-sex marriage and does not wish to participate, they must invite another bishop to do so instead.

When the resolution was passed, Bishop Love responded with a pastoral letter saying same-sex unions are “in direct conflict and contradiction to God’s intent for the sacrament of marriage.”

He added that permitting same-sex marriages does “a great disservice and injustice” to same-sex attracted Christians, as it leads them to believe God gives his blessing “to the sharing of sexual intimacy within a same-sex relationship.”

Furthermore, the bishop said it encourages people to engage in sexual behaviour “that God through Holy Scripture has not only NOT blessed, but has identified as sinful and forbidden.”

He concluded his letter with a pastoral directive to his diocese that they were to ignore Resolution B012 and that same-sex marriages would not be permitted.

A disciplinary hearing next month could result in the termination of his ministry altogether.

Bishop Love said: “I want to thank all of you who have been holding me and my family and the Diocese of Albany up in your prayers these past many months. It is greatly appreciated.

“Whatever the outcome of the Hearing, I pray God’s will and purpose will be accomplished.”

Bishop Curry is best known for speaking at the wedding of the the Duke and Duchess of Sussex in May 2018.

Love told ENS on Sept. 19 that he thought, by taking the position he did, he was upholding his vows, not violating them.

In September, Love stated, “I chose to take the action that I did, trying to be faithful and obedient to my understanding of what I believe God has revealed through Holy Scripture, what the church has taught for over 2,000 years and what the wider Body of Christ has been asking us to do,” he said.

He added that he had no intention to lead Episcopalians away from the church over the issue, though some in his diocese have told him they would not stay if same-sex marriage is allowed there.

Episcopal bishops across the nation remain divided over the issue.