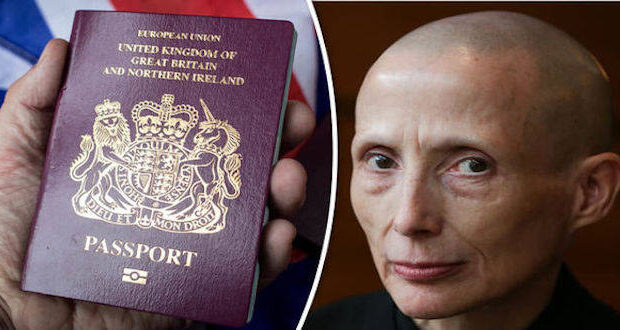 Britain’s Court of Appeal has rejected a woman’s claim that would have forced ‘non-gendered’ to appear on UK passports.

Christie Elan-Cane is female but believes it is discriminatory that the Passport Office (HMPO) does not permit her to use an ‘X’ on her passport instead of an ‘F.’

Her case was originally dismissed by the High Court in 2018, and the British Court of Appeal has now upheld that verdict.

“The passport issue cannot reasonably be considered in isolation, given that the driver for change is the notion of respect for gender identity across the board,” stated Justice Eleanor King in the ruling. “The court finds that there was no positive obligation on the state to provide an ‘X’ marker in order to ensure the right of the Appellant to respect for private life.”

The ruling will have wide-ranging impact on British society in that requiring two genders is not discriminatory.

King went on to say, “Therefore, the current policy of HMPO does not amount to an unlawful breach of the Appellant’s Article 8 private life rights.”

Elan-Cane is expected to appeal to the Supreme Court where court-watchers say she is likely to suffer another defeat.

“It is a positive sign that the Court of Appeal has upheld the High Court’s ruling and rejected this case,” stated Kelly.

“Allowing someone to falsify a legal document by claiming to be neither male nor female would be a significant misstep and only serve to entrench the mistaken belief that it is possible to pick and choose your gender – or to have none at all.”