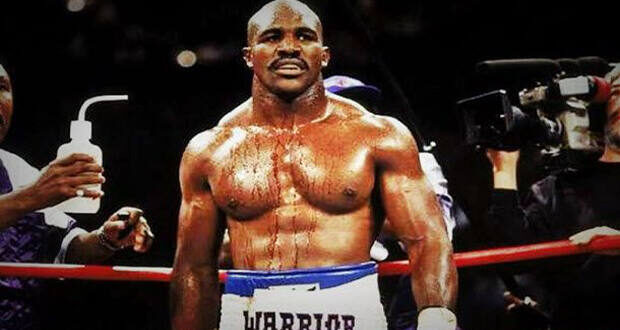 Former heavyweight boxing champion Evander Holyfield used to let his fists do the talking. Now he is eager to tell people about his Christian faith.

“Because, without Jesus, I wouldn’t be who I am,” he said recently.

Holyfield credits his mother and grandmother for showing him tough love and always encouraging him to call on the name of Jesus.

“They kept reminding me, ‘you’ve got to ask Jesus to help you,’” he said.

His faith in God and having a family that demonstrated the example of relying on Jesus set the foundation in his life that enabled him to not only overcome obstacles and adversity but to stay positive. No matter what obstacles he has encountered –- not even his 10 losses that he refers to as “setbacks” –- Holyfield insists that he tried to stay positive, because God should be reflected in his actions.

Over the years, Holyfield has shared how his faith in Jesus Christ has never failed him. He wants to share this message with other men to encourage them to be open and truthful about their faith, too. He encourages other men to attend next summer’s Promise Keepers event in Dallas.

Holyfield said he never gets tired of people asking questions about the infamous ear-biting incident during a boxing match with Mike Tyson. He uses it as an opportunity to share a pertinent part of the gospel.

“God wants you to forgive,” he said. “I wouldn’t be who I am if I hadn’t been through what I’ve been through.”

Previous: ‘Jeopardy’ host Alex Trebek relies on faith during cancer
Next: C5Alive “POWER” Luncheon to be held at Thornton Place