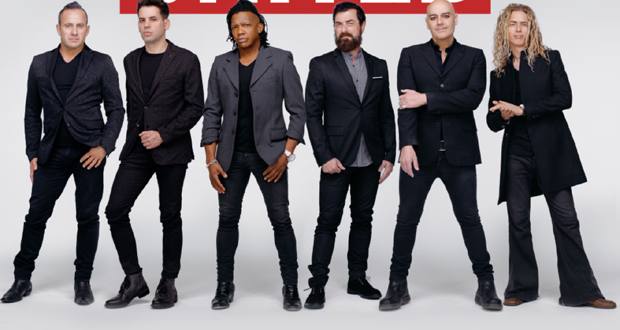 Since arriving on the scene in 1985 in their native Australia, the Newsboys have taken Christian music by storm. Nearly three decades later, the iconic band is an undisputed industry leader, garnering six gold albums; 8 million units in career sales; 33 #1 singles; multiple GRAMMY® and American Music Award nominations; and signature hits ranging from “He Reigns” and “Born Again” to their recent 15-week chart-topper, “We Believe.” Expanding their reach into film, the band appeared in the 2014 Pure Flix hit, “God’s Not Dead,” inspired by their song of the same name.

Two VIP ticket packages are available for purchase. For $100 per package (show ticket not included), the Platinum VIP package includes an exclusive photo with the Newsboys, early entrance one hour before general doors, pre-show Q&A with the Newsboys, souvenir tour laminate and poster, and exclusive VIP location for buying tour merchandise.

A limited quantity of Platinum VIP packages is available. For $25 per package (show ticket not included), the Gold VIP package includes an exclusive pre-show Q&A with the Newsboys, early entrance one hour before general doors, souvenir tour laminate and poster, and exclusive VIP location for buying tour merchandise.

About the Topeka Performing Arts Center

The Topeka Performing Arts Center is a non-profit organization that offers the best in live performance and arts education, managed by VenuWorks. Since 1991, TPAC has annually offered a full calendar of professional and community performing arts for all audiences, including touring concerts and Broadway shows, youth arts education programming, and support of community arts organizations. For more information visit www.topekaperformingarts.org.