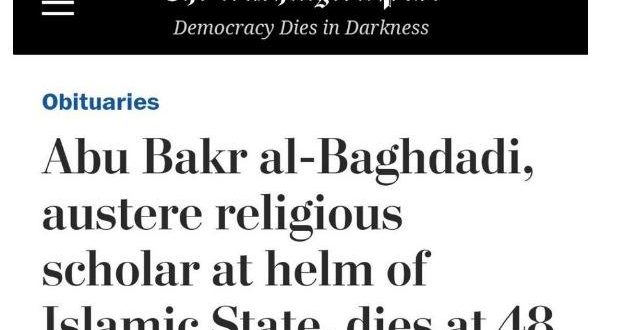 The Washington Post was roundly condemned Sunday for the initial headline on an obituary for Abu Bakr al-Baghdadi that called the leader of the Islamic State an “austere religious scholar.”

“There are no words…” The Hill media reporter Joe Concha tweeted about the original headline, which was finally updated to refer to al-Baghdadi instead as “extremist leader of Islamic State.”

The Wrap reports that neither reporters nor public reader representatives for the Washington Post responded to a request for comment, but spokeswoman Kristine Moratti Kelly tweeted a message of regret that stopped short of a full apology: “Regarding our al-Baghdadi obituary, the headline should never have read that way and we changed it quickly.”

The incident is one in a long list for both it and the New York Times, which have published headlines, and even stories, that seem to lack a connection to reality. 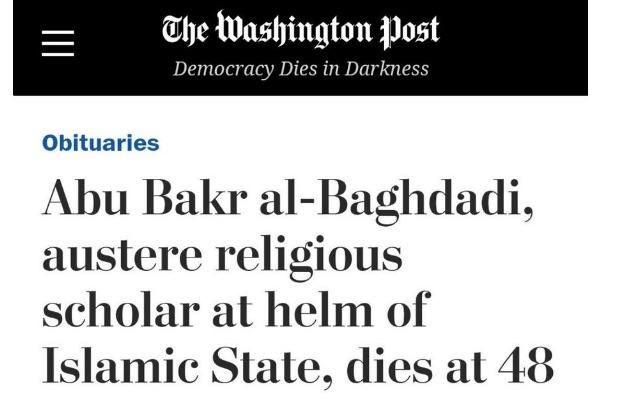 The Washington Post did change the original headline to read, “Abu Bakr al-Baghdadi, extremist leader of Islamic State, dies at 48” and deleted the original tweet — but not before it was seen by many of the Jeff Bezos-owned news outlet’s 14.3 million Twitter followers. 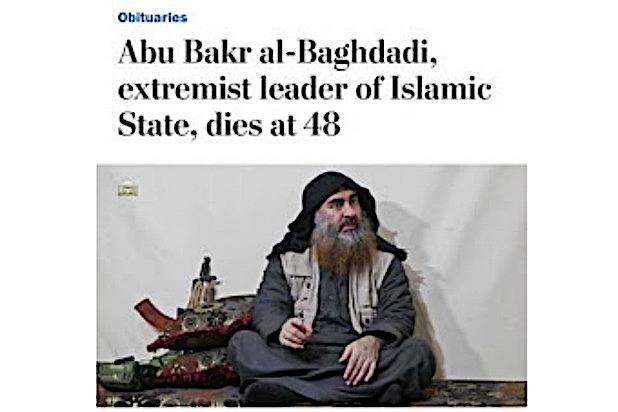 On Sunday morning, President Donald Trump announced that al-Baghdadi was dead after a U.S. military raid in northwest Syria that also killed several ISIS fighters and companions of al-Baghdadi. “He died like a dog. He died like a coward,” Trump said, adding that Baghdadi “spent his last moments in utter fear, in total panic and dread, terrified of the American forces bearing down on him.”

"Acquaintances would remember him as a shy, nearsighted youth who liked soccer but preferred to spend his free time at the local mosque" pic.twitter.com/XFFBnUsHEO

Media commentators also took note and responded unkindly to the newspaper with the hashtag #WaPoDeathNotices, mocking possible other toned-down labels on obituaries of notorious people on history. Here are a few:https://twitter.com/NumbersMuncher/status/1188536191483858945

–News Services and The Wrap