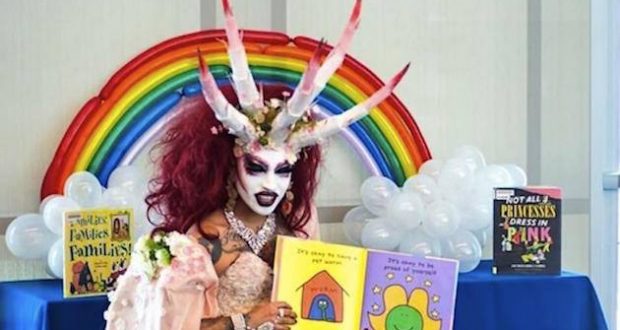 Concerned Women for America is holding prayer walk in the Missouri capitol rotunda before and during a drag queen protest on Saturday. CWA is supporting the public’s right to influence library programming and content especially when it contains sexual material and children.

House Bill 2044, sponsored by Rep. Ben Baker, R-Neosho, would mandate that no library that receives state aid can allow minors access to “age-inappropriate sexual material”, including any nudity or sexual content that taken as a whole, lacks serious literary, artistic, political, or scientific value for minors.

Several drag queens plan to protest the legislation at noon on Saturday,  March 7, on the steps of the Missouri Capitol according to Facebook posts and news reports. In response, the CWA Missouri organization is planning a prayer walk through the capitol from 11 a.m. to 1 p.m. on the same day. Participants are asked to meet in the rotunda after 9:30 a.m.

“The main thing is I want to be able to take my kids to a library and make sure they’re in a safe environment and that they’re not going to be exposed to something that is objectionable material,” he said. “Unfortunately, there are some libraries in the state of Missouri that have done this. And that’s a problem.”

The bill also sets up a five-person parental library review board, which would decide what material is considered inappropriate for minors. Violators would face a $500 fine or one year in jail.

“The main thing that I’ve heard is that I want to ban books or ban content or censor content, and that’s not the case,” Baker said. “I just think that there’s a line between what is open and available access for our children. Even the bill specifies it wouldn’t be taken out of the library, it would just be put in a section that’s not for children.”

In related news, a proposed rule change by the Missouri Department of Elementary and Secondary Education would diminish local control and centralize the management of public school districts. More information on these and other issues is available at their website.