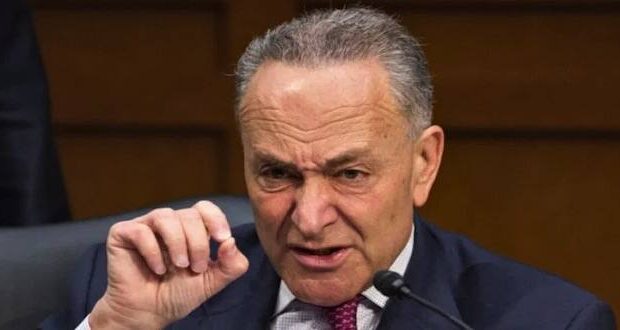 This week the US Senate voted on two major pieces of pro-life legislation: The Born Alive Abortion Survivors Protection Act and the Pain-Capable Unborn Child Protections Act. In both instances Democrats moved to block the 60 votes needed to pass.

“They’re trying to defend something that’s fundamentally indefensible,” Sen. Ben Sasse, (R-NE), who introduced the bill that protects survivors of botched abortions says. “This bill is really simple, it says if a baby survives an abortion, she has a fighting chance at life and we have an obligation to make sure she gets the same care that any other baby would get at that gestational stage.”

On the Senate floor, Sen. Sasse argued this case is not about abortion.

“It’s about babies that have already survived a botched abortion. My legislation is not about Roe v. Wade,” said Sasse. “It’s about what happens after a baby is already born when an abortion failed to accomplish the purpose it had – the sad purpose in my view – But the purpose it had to terminate that pregnancy.”

“There is a federal statute that prohibits infanticide, but it turns out it doesn’t have penalties associated with actually killing a baby and it doesn’t distinguish between active and passive killing,” explains Sasse. “Right now, all that’s really prohibited is if a baby survives an abortion, you can’t take a pillow and put it over her face and smother her to death, but you can walk away from her and put her on a cart, wheel her down the hallway, put her in a closet and leave her to die of exposure over 6 or 8 or 10 hours.”

When CBN News asked Democrat Minority Leader Chuck Schumer (D-NY) for a response to Sasse’s argument that current laws do not protect against passive killing, he argued that’s not true – and called both bills voted on Tuesday in the Senate “extreme” and “dishonest”.

“We voted on this before,” responded Schumer. “There’s a law in 2002 that is on the books, current law, that covers everything Sasse is talking about. It’s a play to the hard right base. The American people don’t support it.”

Democrat Senators Joe Manchin (D-WV), Bob Casey (D-PA), and Doug Jones (D-AL) joined all Republicans in voting to proceed to a vote on the Born Alive bill, but they didn’t get the 60 votes needed to break the filibuster. Manchin and Casey also joined most Republicans supporting a vote on the bill prohibiting abortions after five months of pregnancy, but Republican Senators Susan Collins and Lisa Murkowski did not.

“We know that at 20 weeks the science is there if not earlier that there’s pain capability of a fetus,” Sen. Braun, a cosponsor of the Pain-Capable bill tells CBN News.

Republicans argue the U.S. needs to be removed from the list of seven countries including China, North Korea, and Vietnam that allow abortions on demand at after five months of pregnancy.

“That’s why it should not be a hard decision, and I think we need to keep putting it out there legislatively,” continued Braun.

Today the Senate was asked an important question: where is your line for protecting life? Is it when the child can feel pain in the womb? Or even after the child is born? https://t.co/B16HQ1ldzQ

After the votes failed, Sen. James Lankford (R-OK) gave an impassioned floor speech asking senators where their line is.

Also Lankford tweeted, “Regardless of your stance on abortion, we should be able to support the Born-Alive Act. No child, regardless of the circumstances of their birth, should be left to die. Every newborn should be cared for because they are human beings who deserve to be treated with dignity and care.”

“I pray that the American people will recognize that lives hang in the balance, will stand with us to get our nation back on the right track, and will join us in fight for the born and unborn,” said Loeffler.

Republicans believe bringing democrats’ out in the open on abortion will help them in 2020, while Democrats believe these votes cater to the GOP’s hard right base and argue the American people see through that. 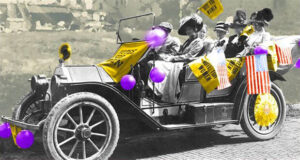