Home / Faith / The story behind ‘It is Well With My Soul’ 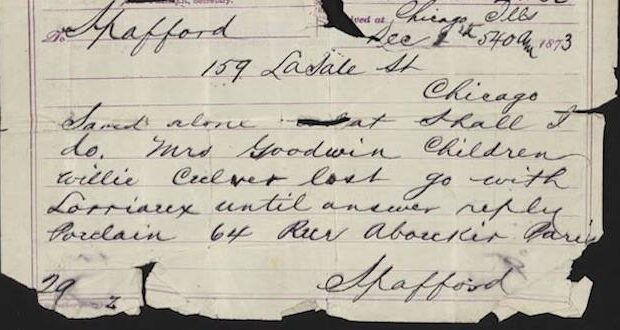 Since its creation, millions have turned to “It is Well With My Soul” for comfort. The hymn,  written by Horatio G. Spafford, remains one of the most beloved songs of all time in the English-speaking world.

No doubt, today, like many other eras engrossed in crisis, Mr. Spafford’s inspirational story will give us a deeper appreciation of this great hymn and the comfort it brings.

In the 1899s Horatio G. Spafford was known as one of Chicago’s most successful lawyers and businessmen. Through the years his investments in real estate along the shores of Lake Michigan in Chicago had paid off handsomely. In 1871 Mr. Spafford wrote to some of his friends that he felt that he was “sitting on top of the world.” He had a loving wife, four beautiful daughters, a profitable business empire, and a successful law practice. 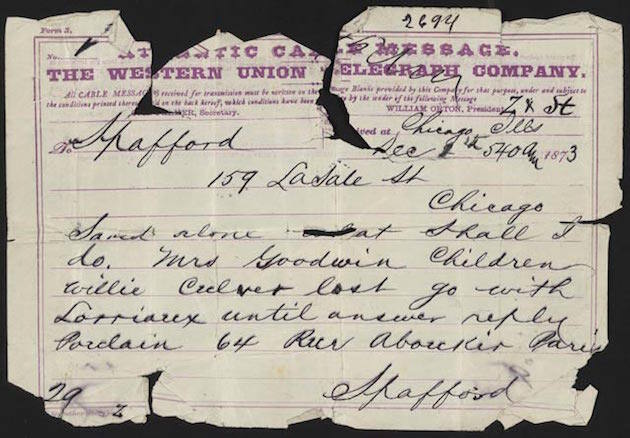 Who would have thought that the action of a single farm animal could change all of that? That is exactly what happened on a night when Mrs. O’Leary’s cow kicked over a lantern in her barn. This triggered the great Chicago fire. In just a few hours Spafford’s wealth was burned to ashes. He told his friends that all he had left of his business empire was his university diploma.

Although Spafford was devastated by all of this, his financial fall affected his wife hardest of all. Her doctor suggested that a vacation might help her. Spafford arranged for an extended family trip to Europe. Just prior to the scheduled departure, Spafford received a phone call about a pressing business matter in Chicago. He told his family to go ahead and that he would join them later.

Somehow in the middle of the ocean the Ville De Havre strayed into the path of a British ship. Both were traveling at full speed. In twelve minutes 226 people lost their lives. Seven days after the accident, when the survivors landed at Cardiff, Wales, Spafford received a two-word telegram from his wife — “Saved. . .alone.”

Spafford booked the first ship bound for England. As he was sitting out on the deck, the ship’s captain approached him and said, “Mr. Spafford, we are approaching the spot where your daughters now rest.” Instead of being grief-stricken as he had thought he would be, Spafford said that a peace came over him as he remembered the words of his friend, Dwight L. Moody. Moody had told him, “One of these days you are going to read that D. L. Moody of East Northfield is dead. Don’t you believe a word of that; I’ll be more alive then than I am now.” Spafford said that he felt the girls’ spirit around him.

Rather than cry, he smiled. Rushing to his cabin, Spafford picked up pen and paper and jotted down the words that were suddenly on his heart:

When peace, like a river, attendeth my way, When sorrows like sea-billows roll;
Whatever my lot, Thou hast taught me to say, It is well, it is well with my soul.

When the Spaffords returned to Chicago they were surrounded by friends and family. One of those friends who came by to help comfort the Spaffords was Phillip Bliss, a vocalist and songwriter. As Bliss listened to Spafford’s poem he was deeply moved. At his home Bliss composed music for the poem, creating a song he called “It Is Well with My Soul.” Within weeks he was singing the new hymn at Moody’s crusades.

Mr. and Mrs. Spafford went to the Holy Land and established a ministry called American Colony. The Spaffords saved thousands of lives each year by feeding the hungry and treating the sick.

We can all appreciate the true Christian legacy that Mr. and Mrs. Horatio G. Spafford left us through “It is Well With My Soul.”

The information contained in this review is found in the book “Stories Behind the Hymns that Inspire America” (Zondervan, Grand Rapids, Michigan, 2003).

Tagged with: faith family hymns spafford it is well with my soul music ship wreck tragedy

Previous: Attorney General and grocers association tackle price gouging
Next: What every family needs to know about Parkinson’s Disease