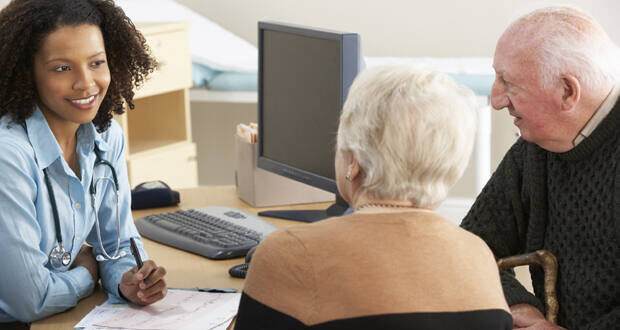 Debbie, 63, and Doug Chambers, 72, had always been a social couple, enjoying travel, dinners with friends and going to the movies. But their active lifestyle began to change in 2016 when Doug’s gait became slower and he had difficulty concentrating. He was diagnosed with Parkinson’s disease soon thereafter.

There was a learning curve as Debbie and Doug adapted to managing this disease, especially with the onset of unexpected non-movement symptoms.

As his condition progressed, Doug would regularly scan the environment outside his home, looking people up and down, as if assessing their potential to do harm. At the senior center, he was concerned that the water was poisoned and that the staff was antagonistic toward him. He couldn’t be convinced that his beliefs were untrue.

Doug was experiencing hallucinations and delusions associated with Parkinson’s disease, symptoms that around 50 percent of people with Parkinson’s may experience over the course of their disease, according to a study published in the Lancet Neurology.

The onset of non-movement symptoms, like hallucinations and delusions, can impact both the person with Parkinson’s and their caregiver’s quality of life.

Non-movement symptoms aren’t reported to physicians often. Only 10-20 percent of those experiencing hallucinations and delusions associated with Parkinson’s proactively report it to their health care providers. Some may not connect the symptoms to Parkinson’s, or feel embarrassed to discuss it, but doctors say these non-motor symptoms can potentially be addressed and caregivers play an important role in this process.

“A person with Parkinson’s may not understand that certain images they see or beliefs they hold aren’t true, making input from caregivers on their loved one’s day-to-day behavior critical to helping their doctor address these aspects of the disease,” says Dr. Neal Hermanowicz, M.D., director, UC Irvine Movement Disorders Program.

Indeed, caregivers are two to four times more likely than people with Parkinson’s to recognize the presence of hallucinations and delusions, according to the PMDA survey.

Debbie felt compelled to share Doug’s symptoms with his movement disorder specialist when he began accusing her of infidelity, a commonly reported delusion among those with Parkinson’s.

“I’m glad that I told Doug’s doctor about his visions and beliefs. It was reassuring to learn that many people with Parkinson’s experience these and other non-motor symptoms, and realize that I’m not alone in trying to cope with them,” says Debbie. “I recommend all families seek that support.”

If you believe your loved one is experiencing hallucinations or delusions as a result of Parkinson’s disease, talk to their neurologist and learn more at www.MoretoParkinsons.com.

You can also find support through a Parkinson’s disease organization, many of which include support for caregivers.

Previous: The story behind ‘It is Well With My Soul’
Next: When you care enough: Hallmark Cards donating two million greeting cards