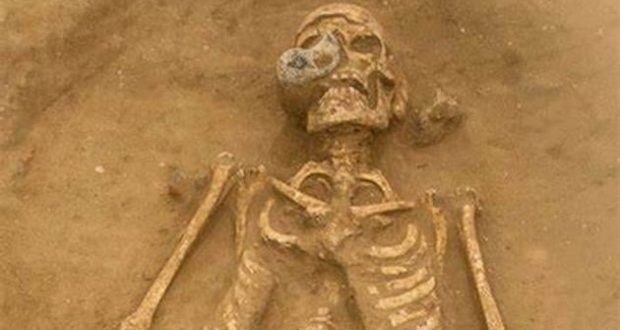 It was a big year in Israel both for the record number of tourists visiting the Holy Land but also for archaeological and biblical discoveries. One reason Bible discoveries are being made at neck-breaking speed is a building boom. From highways to hospitals to expanding suburbs, Israel is under construction and digging anywhere, it seems, uncovers jaw-dropping finds.

Gordon Govier, editor of ARTIFAX Magazine and executive producer of The Book & The Spade radio program and podcast, created a list of the top 10 discoveres for 2019.

The discoveries ranged from a huge wall to the tiniest of fragments but all help us add depth to our knowledge of the Bible and the culture in which early civilizations including Jews and Christians lived.

READ: Join Metro Voice in Israel June 20 – Returning to the US July 1 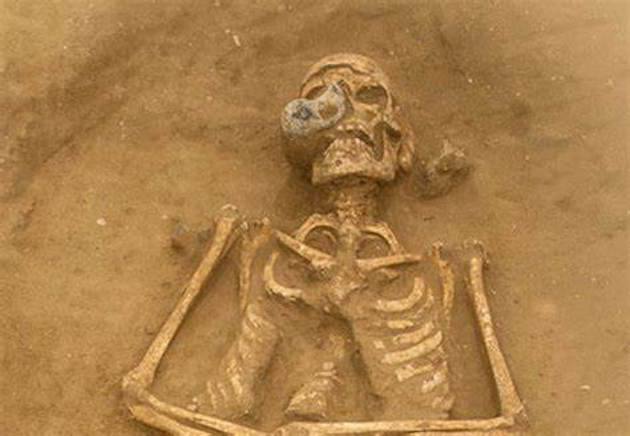 DNA extracted from skeletons excavated from burials at the Philistine city of Ashkelon in modern-day Israel showed European ancestry. This confirms what has long been believed and what the Bible says about the Philistines. Jeremiah 47:4 and Amos 9:7 connect the Philistines with Caphtor, which has been identified as Crete, the home of the Minoan civilization. The DNA record shows that the Philistines quickly intermarried with the local population, diluting the genetic signature.

9) Genesis was correct on Edomites 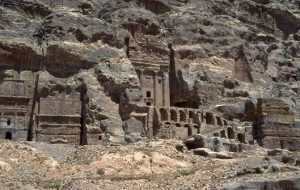 Archaeologists studying copper slag deposits from Timna in Israel and Faynan in Jordan (two sites south of the Dead Sea) found that Edomites used advanced, standardized techniques more than 3,000 years ago to mine copper. In light of this discovery, they concluded that the Edomite kingdom was formed by the middle of the 11th century BC, about 300 years earlier than previously thought. Genesis 36:31 says there were kings in Edom before there were any Israelite kings.

The 2019 excavation at Tel Shiloh, the site where the Israelite tabernacle stood for several centuries, turned up what appears to be the corner of an altar. The discovery illustrates 1 Kings 2:28: Joab “fled to the tent of the Lord and took hold of the horns of the altar.” 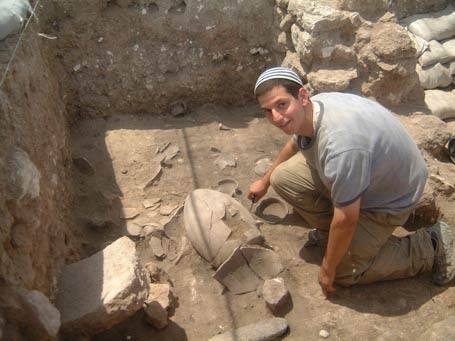 This year’s excavation at Tel es-Safi (the Philistine city of Gath) reached a layer that dates to the 11th century BC, the time of King David. The walls of this layer are 13 feet thick, twice as thick as previously excavated walls from the 10th and 9th centuries. Archaeologist Aren Maier called it the “Goliath layer,” after the city’s most famous resident of the time. 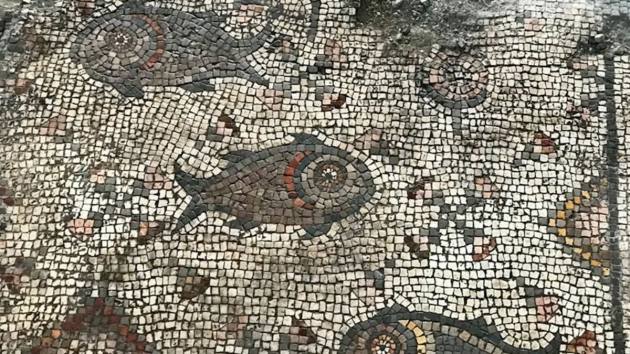 Archeologists uncovered a mosaic in the ruins of a Byzantine church, built around AD 450 in the Decapolis city of Hippos Sussita. The church, overlooking the eastern shore of the Sea of Galilee, was destroyed by invaders in AD 614. This scene of Jesus feeding the 5,000, found in an unexpected location, may have something to say about where that miracle took place. The traditional site of the feeding of the 5,000 is further north.

5) A seal “Belonging to Ga’alyahu son of Immer” 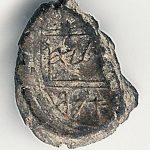 As the Temple Mount Sifting Project reopened in a new Jerusalem location, researchers announced the discovery of a clay seal impression (bulla), identifying it as “the first readable ancient Hebrew inscription found on the Temple Mount.” The priestly family of Immer served in the temple (1 Chron. 24:14). Pashur, son of Immer, is called the chief official in the temple of Yahweh, when he had Jeremiah beaten and put in the stocks (Jer. 20:1–2).

Another bulla, announced this year, was found in sifted material taken from under Robinson’s Arch at the southwest corner of the Temple Mount in 2013. It has been dated to the 7th century BC. Three men in the Old Testament are named Adonijah, including a son of King David. But none of them lived in the 7th century, so this is a fourth Adonijah. The position of royal steward is known from several biblical texts.

3) A seal of “Natan-Melech, the king’s servant”

This bulla was found in the Givati parking lot excavation, the largest ongoing excavation in Jerusalem (since 2007). Archaeologists recovered it from the ruins of a building that was probably destroyed during the Babylonian destruction of Jerusalem in 586 BC. In 2 Kings 23:11, Nathan-Melech is described as an official in the court of King Josiah. The phrase “Servant of the King” appears often in the Bible and on bullae. 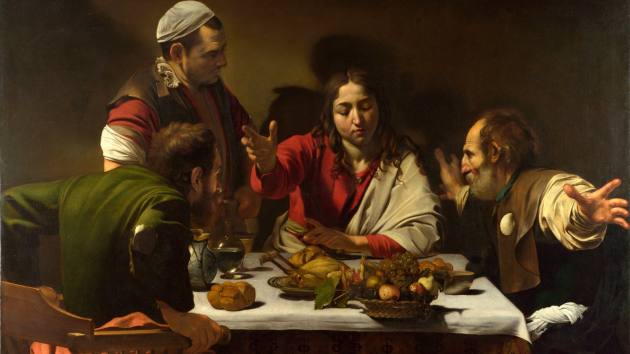 In the story of Jesus and the two disciples on the road to Emmaus in Luke 24:13–34, the location of Emmaus is described as 60 Roman stadia from Jerusalem, which translates to 7 miles. For centuries, scholars have tried to pin down the location of Emmaus. Sites at various distances west of Jerusalem have been proposed, but without archaeological evidence.

Israeli archaeologist Israel Finkelstein, known as a biblical minimalist and Bible critic, offered this new identification based on the Hellenistic-era fortifications his excavation uncovered at Kiriath Yearim. He notes there are two lists of Hellenistic fortified towns around Jerusalem (from the ancient historian Josephus and in 1 Maccabees 9:50). Both of them include Emmaus. Kiriath Yearim is seven miles from Jerusalem.

Kiriath Yearim is mentioned numerous times in the Old Testament, most famously as the place where the Ark of the Covenant was held (1 Sam. 7:1–2) before King David moved it to Jerusalem (1 Chron. 13:5–6; 2 Chron. 1:4). 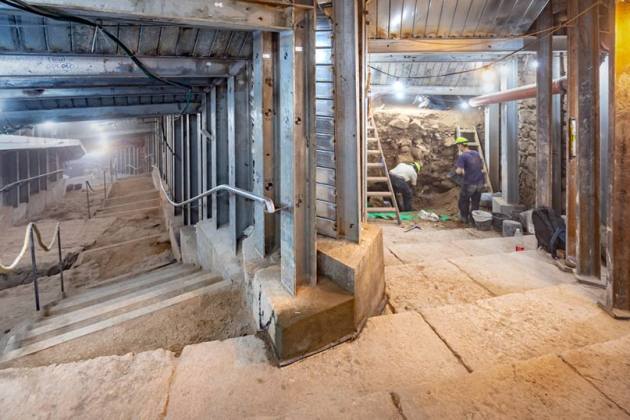 Excavations continue of the Pilgrimage Road, which dates to the Second Temple period, in Jerusalem. Photo by Koby Harati, City of David

When archaeologists discovered the New Testament-era Pool of Siloam (John 9:7) in 2004 during a sewer repair project, they also discovered the lower end of the first-century street that led up to the Temple Mount. Since then, work has been underway to excavate the street so that Jewish and Christian pilgrims today can walk on the same road that Jewish and Christian pilgrims walked in the first century. 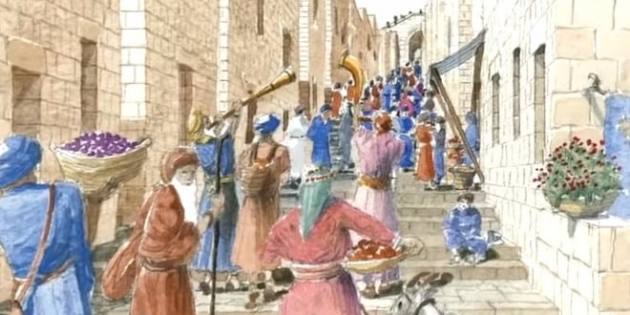 This underground street is not entirely accessible yet, but a ceremony opening part of the street last summer drew the US ambassador, among other dignitaries.

Archaeological work in the city of David area, the oldest part of Jerusalem, is of great interest to both Christians and Jews, but it is also controversial. Many of the residents are Palestinian Arabs, and, despite the efforts of archaeological engineers, some have complained that their homes are being ruined because of the excavations underneath.

The year’s archaeological confirmations of the biblical witness don’t stop there according to Break Point.  Facts & Trends reports that archaeologists claim to have found the Philistine city of Ziklag (where David took refuge from Saul, 1 Sam. 30:1) at Khirbet al-Ra’l in the Judean foothills of Israel, as well as the “great houses” burned by Nebuchadnezzar in the sixth century B.C., as described in 2 Kings 25:9.

According to writer Stan Guthrie, “The Bible is not a collection of timeless sayings or religious fables. Unlike the writings of other faiths, it sets the faith it commends firmly in verifiable human history. It is, if you will, well grounded. Those who doubt it do so in the face of ever-accumulating piles of evidence. So if you find yourself unmoved by the Word of God, take a moment and listen to the stones.”

READ: Join Metro Voice in Israel June 20 – Returning to the US July 1