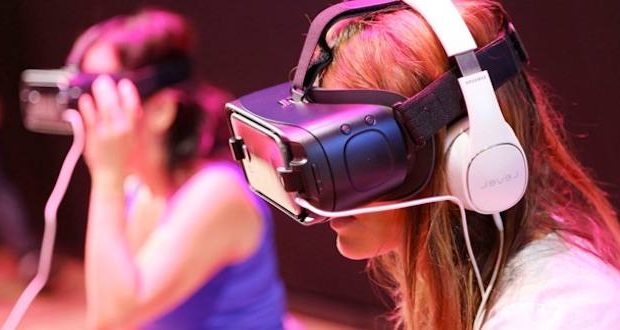 Virtual reality can entertain but can it effectively spread the Gospel of Jesus Christ?

It can according to Cooke Media Group, winner of the NRB 2020 Media Award for Best Long-Form Video. The company is developing virtual reality projects to get the  gospel to an increasingly skeptical generation.

CEO Phil Cooke, executive producer of “Hillsong: Let Hope Rise” and producer of “Asia: The Great Wall and Beyond” of the new TBN TV series “Inexplicable: How Christianity Spread to the Ends of the Earth”, encourages clients to consider the new medium of VR for future projects.

“In the age of ‘virtual reality,’ I’m exploring ways to share the gospel to a new generation,” Cooke said. “The 360-degree immersive experience of VR offers a new way to engage our societies in a day when disengagement is high.”

Production consultant on a new VR film by the UK Bible Society, Cooke was intrigued by the concept of using the interactive medium to promote the Bible. His interest was confirmed at the recent addition of Oral Roberts University’s Augmented and Virtual Reality Lab, where Cooke is a visiting professor.

Although VR films require a unique skill set to produce them well, the Cooke Media Group team of multi-platform writers, filmmakers and producers embrace the challenge of the new medium.

“Helping others focus their messages to make the greatest impact has always been our passion,” Cooke said. “Discovering the best way to tell a story is critical, and VR may be the way to reach this generation.”

Cooke Media Group has developed a team of experienced and talented producers to help deliver groundbreaking ideas to the world. Through communication strategies, video, web development and design, social media, book publishing, church media, broadcast television, movies and VR experiences, their goal is to inspire a ministry’s followers and audience to act. For more information or to request a speaker for a media event, visit www.cookemediagroup.com

Previous: Democrat legislators in Virginia walk out on black pastor’s prayer
Next: US military to begin quarantine of American citizens